Healers with Hearts of Gold

Islamic Voice 0 June, 2013 12:00 am
Meraaj or Ascension
Interfaith Interaction: A Great Means for Personal Spiritual Evolution
God Wouldn’t Be Pleased, Would He?

In today’s materialistic world, where gentleness and positivity are as scarce as fresh water, when I see patients in HBS Hospital being greeted with a smile I feel a bright lamp of hope being lit in their hearts! And, what more does a patient need than hope? 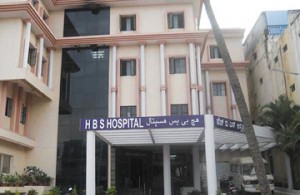 In the past, hospitals have been an integral part of my life, as a patient and as an attendant to sick relatives. I have been in and out of “horror” hospitals, with meager facilities, as well as five-star hospitals, with frightening charges for “Rooms with TV,AC, Breakfast.” My experiences in various hospitals have left a worrying question deep in my mind: How many can really afford the new ‘super-speciality’ hospitals? Obviously, only relatively few. The vast majority, for want of money, have to suffer the nightmarish experience of the “horror” hospitals.
“Love for God is the expansion of the heart, and all actions that come from the love of God are virtues; they cannot be otherwise. He considers his charity of heart towards his fellow man to be love for God; and in showing love to everyone, he feels he is giving his love to God””
These beautiful lines from the Sufi Master Hazrat Inayat Khan , which I had the good fortune to read some days ago, have an interesting bearing on a recent event I was fortunate to attend last month. It was a programme held to mark the first anniversary of the HBS (Hazrat Bismillah Shah) Hospital in Bangalore. The Sufi Master’s words, “he considers his charity of heart towards his fellow man to be love for God”, is what many people at HBS embody in their work of providing healthcare to a large number of people who simply cannot afford the sky-rocketing fees of fancy, five-star hospitals.
On March 1st,2012, HBS Hospital opened its doors to offer excellent medical care with state-of-the art facilities. A year later, in May 2013, the hospital’s trustees, staff and well-wishers gathered together to reflect on their achievements and to look ahead to strengthen their mission to serve the sick, including many from economically vulnerable backgrounds.
It had been a longstanding dream of Anjuman-e-Khuddamul Muslimeen (AKM), a Bangalore-based organisation led by Masood Abdul Khadir, to set up a hospital in the city, well-equipped with modern facilities. Each brick of the hospital building has a story to tell of the sweat, sacrifice and hard work put in by many people. Located on a quarter acre of land in Bangalore’s Cantonment area and named after Hazrat Bismillah Shah, a saint (after whom the local mosque has also been named), the hospital is run in collaboration with the Shamma Charitable Trust.
At HBS, I’ve witnessed much positivity, combined with responsibility and accountability, among the staff, starting right from the reception desk, where patients are greeted with a smile, to the hospital CEO, Dr. Taha Mateen. The administrator is on his toes throughout to see that things go well. The team of nurses go about their work with alacrity. The housekeeping staff have kept the hospital premises spotlessly clean. The pharmacy has a fairytale look, with neatly-stacked bottles and potions. A large space is allotted for the various wards. The lab, the scanning room and radiology section all look slick and very professional.
The duty doctors and consultants at HBS listen to the woes of the patients with patience and concern. I was amazed by their down-to-earth and humble attitude. As I could see, for the patients, it is more like talking to a friend than a distant doctor.
Over one year, HBS hospital has seen 16,000 patients, and 1700 in-patients. Over 123 surgeries have been performed and around 200 new babies were born here. Among its other future projects, HBS hospital has plans to offer dialysis facilities. With two ambulances, (one donated just last month), HBS is gearing up to handle the pain of the sick with care, compassion and professionalism.
As Hazrat Inayat Khan says, “doing good to people is love for God”. The HBS hospital and the people there personify this as they go about their work. In today’s materialistic world, where gentleness and positivity have become as scarce as fresh water, when I see patients in HBS being greeted with a smile, I feel a bright lamp of hope being lit in their hearts! And, what more does a patient need than hope?
(The HBS team can be reached at HBS Hospital, 58, Cockburn Road, Bangalore: 51. Ph: 25541321) or [email protected]