Indian Muslims At A Crossroads: Some Thoughts For Change

Islamic Voice 0 May, 2021 12:43 pm
What Islam and My Muslim Friends Taught Me This Ramadan
Loving Kindness – The Way to Interfaith/Inter-Community Harmony
Prayer, Not Just Pills

The Muslims of India are today at a crossroads. The community has continued to be socially, educationally and economically backward, with increasing vacuum in its political leadership and confusing division in the form of sectarian groups and jamaats. The Babri Masjid controversy brought no good to the larger Muslim masses, and only produced more hate, bias and polarization and consequential sufferings. Those community leaders who refused to listen to the moderate voices to gift the structure as a goodwill gesture to Hindus are now faceless and have no answer with regard to the assistance, they rendered through this controversy to right-wing forces in polarizing the secular fabric of this beautiful country of ours.
I consider the Indian Muslim community to be at a crossroads because it now must decide which way it shall go now to recover from the damage it has suffered through polarization, isolation and discrimination, partly owing to the agenda of certain right-wing forces and partly because of the shortsightedness of its own leaders who are without any long-term strategies for the younger generation of the community. 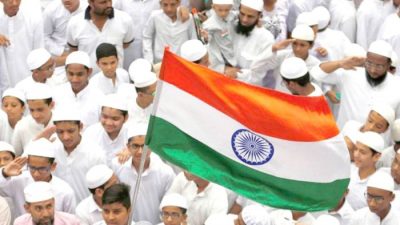 (The author is former Vice Chancellor of Kashmir University, Pondicherry Central University and Abdur Rahman Crescent University, and is a former member of the UGC. Email: [email protected])