Islamic Voice 0 October, 2019 12:00 am
Dealing With Difficulties: Learning From Sheha
2015, the International Year of Light and Light-based Technologies
A HOLISITIC UNDERSTANDING OF KNOWLEDGE

That ‘little’ act of ‘big’ kindness a Muslim woman spontaneously reaching out to support a Christian girl in need helped build a bridge of love between the two.

By Valea
Over several decades (I’m in my sixth decade now!) I’ve attended numerous interfaith dialogue meetings, in different parts of the world. A principal ostensible purpose of many such events is promoting interfaith / inter-community harmony.
Despite minor differences, almost all these events have followed the same pattern. A group of people from different faith backgrounds gather together in a university or a hotel, in many cases (and sometimes, even in a luxury resort!) and talk theology, with ‘experts’ insisting that their respective faiths generously accept and respect other religions and their adherents. If only people understood their religions properly, they claim, there would be no problem of interfaith/inter-community conflict.
One-Sided Talk
Whether or not this point is valid is something that can be endlessly debated. Critics might argue that such assertions can be very simplistic, to say the least. But whatever the case might be, a question to be asked here, as far as the goal of promoting inter-communal harmony is concerned, is whether such events (where interfaith dialogue often comes to be reduced simply to ‘goody-good’, superficial and one-sided talk about religion) do indeed make any positive difference at the grassroots level in terms of how people perceive other religions and their adherents. Also, do the practical outcomes of this approach to interfaith harmony justify the time, effort and funds that are invested in them?
Of course, such meetings may be better than nothing at all. At least they afford a platform for people from different faith traditions to gather together for a while, to exchange a couple of words (even if it’s sometimes just pleasantries) and to share a meal. But be that as it may, if such meetings are intended to influence for the better the way ‘ordinary’ people, at the ‘grassroots’, from different religions relate to each other, what difference do they actually make? 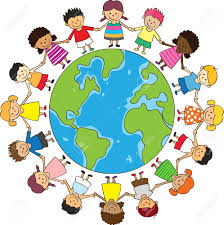 No Talk of Action Plan
The other day, I attended one such interfaith dialogue meeting. The panel of speakers included men (there were no women something quite typical of many such meetings) from four different religious traditions. The speakers made their speeches, after which we were treated to lunch and then everyone dispersed. There was no talk of any action plan, of practical efforts that we as a group could do to promote interfaith/intercommunity harmony.
I wouldn’t say such meetings are pointless as far as interfaith/intercommunity harmony is concerned. But if you ask me if they are worth the money, time, effort and energy that often go into them, I’d say that there is a much more effective way to achieve their ostensible purpose. And what is that? It’s ‘little’ acts of kindness and service for people from different religious backgrounds that can unite hearts across religious barriers in a manner that possibly no amount of theologising and syrupy talk of religion by (often self-appointed) religious ‘experts’ can.
To illustrate, shortly after I attended the interfaith programme mentioned above, I was at a Christian-run centre, accompanied by N, a Muslim friend of mine. It so happened that B, a Christian woman who worked as a cook at the centre, needed to rush to her village (located several hundred kilometres away) because her father had taken seriously ill. B had to pay for her ticket herself which must have been a big sum by her standards. When N learnt of this, she felt for B. In a spontaneous act of compassion, N gave the head of the centre a sizeable sum of money (perhaps more than what the ticket cost) to give to B for her travel expenses. Later, B came to know of what N had done, and I am sure she was very touched.
That ‘little’ act of ‘big’ kindness a Muslim woman spontaneously reaching out to support a Christian girl in need helped build a bridge of love between the two that possibly no amount of theological chatter about interfaith harmony spouted by scholarly ‘experts’ at an interfaith event ever could have!
Love, then, is all we need. And what is love? It is going beyond concern simply with oneself or with the group one identifies with to embracing others and being concerned about their wellbeing, this being expressed through practical acts of compassion. And so, if you ask me what I think is the best way to promote interfaith/inter-community harmony and solidarity, while I wouldn’t dismiss formal theological discussions as happens in many ‘interfaith dialogue’ events completely, I’d unhesitatingly vote for engaging in ‘little’ acts of kindness and love in the service of people from diverse faith/community backgrounds.