Islamic Voice 0 October, 2017 12:00 am
Rethinking Success
Science Can Help One Become a Good Muslim
Time To Rethink And Go Forward

Recognizing and reflecting on the ways in which people of other faiths have transformed our lives for the better and have helped us in our spiritual journey is a great way to overcome deeply-rooted stereotypes that are so often harnessed to foment hate in the name of religion. 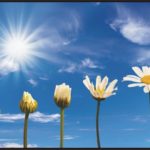 Today, one often hears about the pressing need for interfaith dialogue, mostly in the context of conflict-resolution and peace-building. Since many conflicts in different parts of the world today (as has been the case in much of humanity’s past) are between people who claim to follow different faiths, interfaith dialogue, it is said, is an urgent necessity. If human beings are to learn to live at peace with each other, interfaith interaction and understanding are of paramount importance.
That is true, of course, but there is another reason why interfaith interaction is very useful”and that is, that it can be a wonderful means for our own spiritual evolution. Strangely, though, this aspect is rarely recognized or talked about. When I look back at my own life, it is striking how much I owe to people from different faith backgrounds who have sought to live according to the teachings of their religion. I have learnt a great deal from them, and this has helped me in my own spiritual evolution. I would definitely not be the person I am now had it not been for all the many things I’ve imbibed from the many inspiring, loving, compassionate people from faith communities other than the one I happened to have been born into, whom I have had the good fortune of meeting over the years. These were people who, seeking to be faithful to their religion, led lives of charity and concern for others. Hardly any of them was ‘famous'”most were ‘ordinary’ people who were doing ‘little’ deeds of goodness with great love, deeds are at the heart of what religion ought to be.
I thought of one such person the other day: a young Muslim woman who has been a good friend for many years now. She prays and fasts regularly, and, even though her income is quite modest, she is very particular about taking out her annual zakat and spending it on the poor and needy. Interestingly, she gives a good proportion of her zakat”in some years, maybe even most of it”to non-Muslims. I can’t say I am even half as generous with ‘my’ money as she is with hers, but I do think that some of her charitableness has rubbed off on me as I’ve witnessed her generosity in action, year after year, that is inspired by the teachings of her faith.
Besides zakat, my friend makes it a point to give what is called sadaqah or charity to one or more poor person when someone in her family falls sick, maybe in the hope of a cure. This beautiful practice, which I had never heard of before, is something that is enjoined upon in Islam, I have since learnt. It is reported that the Prophet Muhammad said: “Treat your sick by giving charity.”
Just the other day, when someone in my family was ill, I was inspired by this practice of sadaqah that I learnt about from my friend to contribute some money in charity. Incidentally, I gave it to a Muslim man who has been arranging for food to be cooked and served almost every day, for several years now, to a large number of very poor people from different religious backgrounds.
Along with giving sadaqah when someone at home or a friend is sick, my friend also prays for them to be cured. Having been brought up to believe that cure is just about potent medicines and a good doctor, my friend taught me a very valuable lesson here, too”about turning to God for healing. It is God that cures, she believes: medicines and doctors are simply a means for cure to happen.
This friend of mine is one of many people from religious traditions other than the one I was born into from whom I have learnt many valuable things, which have played a crucial role in my spiritual growth. I owe them all a very great debt.
Through interaction with people of other faiths, especially by cultivating close friendships, one can learn and adopt good practices that are enjoined in these faiths and that can help one spiritually evolve, as I myself have experienced.
Taking time off to think about and recognizing the many ways in which people of other faiths have transformed our lives for the better and helped us in our spiritual journey is also a great way to overcome deeply-rooted stereotypes that are so easily harnessed to foment hate in the name of religion. Every one of us has greatly benefited, directly or indirectly, from people of faiths other than the one we claim to follow, although we don’t often or easily acknowledge this fact. If we did so, it would do wonders in healing broken hearts and lives and bringing us all, children of the One God, into closer communion with each other.