When Religion Becomes a Fetish

Islamic Voice 0 April, 2017 12:00 am
Learning to Surrender from a Stray Cat
A Positive Response to Prejudice
Stuck in a Traffic Jam? Ask God To Join You!

How easy it is for us to make a fetish of our religious beliefs and practices, so much so that we are sometimes willing to completely dehumanize others, and ourselves, too, for their sake. 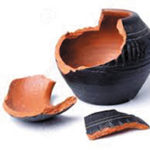 This must have been a little short of forty years ago, maybe when I had just about entered my teens. Sijo, our home-help, was dusting my writing-table when he accidently caused an object that I considered ‘holy’ to fall on the ground.

And do you know what I did?

And do you know what happened then?

Right there and then, Sijo began to cry!
Yes, I slapped a man much older than me and I made him cry all because he had let an object I considered ‘holy’ to fall on the ground!

Can you imagine?  How terrible, isn’t it!

That incident, from decades ago, is a lasting reminder to me that I am not as compassionate and kind, especially to the economically-poor, as I sometimes love to imagine I am. It also continues to remind me of how vulnerable domestic servants often are to abuse by their employers and their families and how powerless they are to speak out when their rights are violated.
There is more to it than that, though. The fact that I had got so worked up over an object I considered ‘holy’ being allegedly profaned that I was willing to violate a fellow human being’s dignity with such impunity should forever remain a compelling reminder to me of how easy it is for us to sometimes make a fetish of our religious beliefs and practices, so much so that we are sometimes willing to completely dehumanize others, and ourselves, too, for their sake.
The memory of that awful incident forces me to remain aware that if in our devotion to ideas, prejudices, practices, dogmas and objects that we have fashioned ourselves (and that we install in that place in our hearts that God alone should occupy) we demean, degrade, detest and despise our fellow human beings with no compunction whatsoever, we can be sure that our understanding of religion has become a mere fetish and that we have strayed far, far away from God.