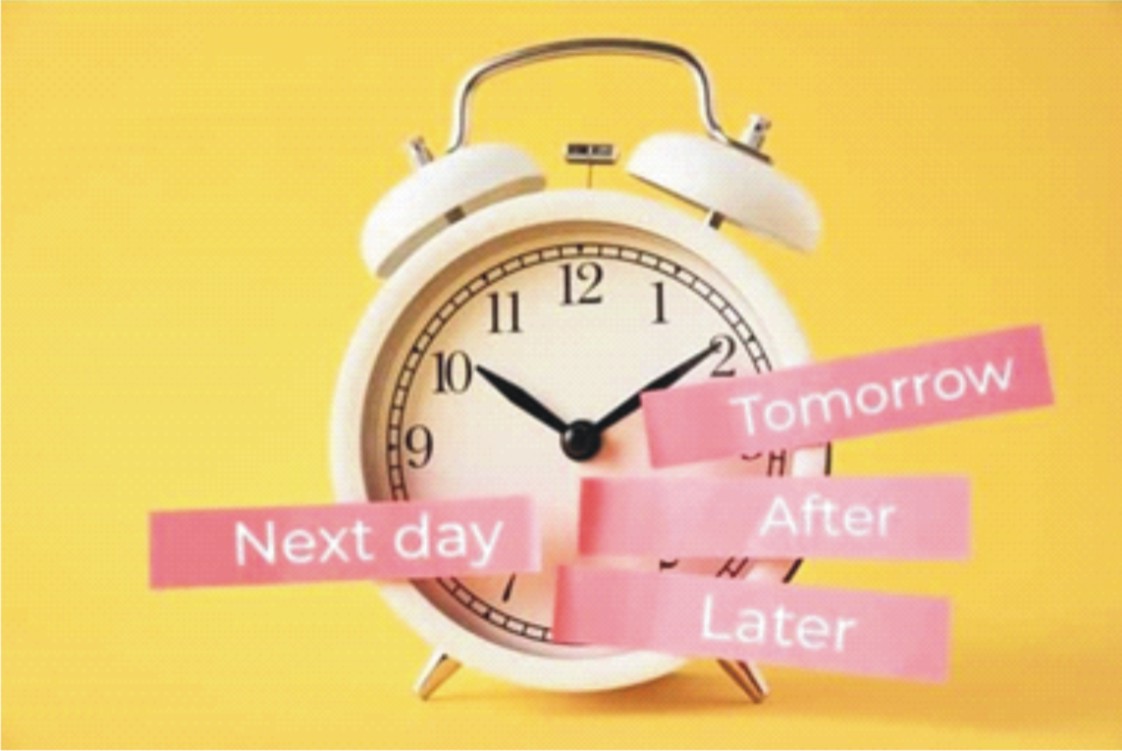 Understanding Procrastination, Its Consequences and How to Overcome it and Save Your Every Year’s Failing Schedule

Every new year comes with many new resolutions. Almost every single person on this earth plans something to follow, to accomplish, to achieve in life. Some might think about following healthy habits, joining the gym, learning new skills, and having a very prescribed schedule for the whole day throughout the year.

But how far does it last?
Some may start losing it from the very first week, and some may follow a for few days or weeks, or a couple of months but for maximum people, it does not last throughout the year. Why does this happen to almost everyone?

Now Second thing is when you take the project in hand and you have a deadline of completing this project in 7 days. Many people waste/delay it up to the deadline and then spend sleepless nights to complete the project. This habit can also be seen in maximum people.

This phenomenon is widely known as Procrastination. And in this article especially on the new year, we are trying to understand what procrastination actually means. Why it happens and how to overcome it? So, we can actually follow our new year resolutions more effectively this time without failing. let’s begin….!!

What is Procrastination…??
“Procrastination is simply the action of unnecessarily avoiding, delaying or postponing something even after knowing its consequences, mostly negative.

This term is derived from the Latin word Procastinatus in which Pro means ‘Forward’ and Crastinus means ‘tomorrow’.

Basically, Procrastination is a common human tendency to avoid or delay a few things which they don’t want to do, or that they feel like not doing it right now. No matter how organized and committed you are, there is always a chance of you getting involved for hours in trivial pursuits, especially in the age of social media we spend hours watching TV or unnecessary stuff on YouTube or scrolling feeds on Facebook, or watching reels on Instagram or shopping online, etc. when you should have been spending that time to finish your work/project.

There are so many reasons or excuses to justify procrastination behavior, out of them, a few key reasons are –
• Not knowing where to start?
• Not knowing how to do some tasks?
• Lacking the initiative to get started and perform the work
• Thinking of Finishing the job in time or at the last minute
• Not caring about the consequences
• Not feeling in the mood to do the task
• Making a habit of delaying until the last moment
• Carelessness
• Forgetting Behavior
• Not wanting to do something

Procrastination is commonly compared to an Instant Gratification Monkey because his brain is not evolved enough to calculate long-term outcomes as he is satisfied in short-term comfort zones. Whereas human is known for their foresight and can easily figure out long-term success by being Rational Decision Maker, due to their tendency of avoiding stressful work, one prefers to be an Instant gratification monkey than a Rational Decision Maker. And this behavior often leads him to panic situations.

Negative Impacts of Procrastination :
Procrastination in small tasks is okay but once you made it a habit and started procrastinating in almost everything then it can cause a serious impact on various life areas.
• Negative impact on social, financial, and professional areas and a person’s mental health.
• Bad consequences of missing deadlines
• Stress, Depression, low self-esteem, and inadequacy
• Anger and less trust in fellow people

How to Overcome Procrastination :
People Procrastinate because they don’t see the benefits of long-term goals quickly. After all, your brain usually doesn’t function that way. So, if you found a way to understand the benefits of long-term choices more immediately, then you can avoid procrastination more easily. The following are some methods:
• Design your Future goals and build temptations for them.
• Build a habit of making a to-do list, being consistent, and following the discipline by constantly reminding yourself of the fruitful results of it.
• Divide big tasks into small steps as your brain consider small tasks more achievable and this way you can complete overwhelming work comfortably.
• Try to eliminate the distraction as much as you can. Check what pulls your attention away and keep those distractions as away as possible.
• Be consistent, follow a daily routine, and make it long term habit which will definitely help you to kick out procrastination from your life for a long time.