Islamic Voice 0 September, 2015 12:00 am
A Positive Response to Prejudice
Need For ‘Gaali’ Free Campaign
God Wouldn’t Be Pleased, Would He? 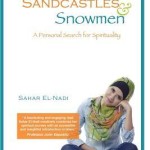 Sahar El Nadi’s book highlights among other things, the fact that being “spiritual” means not to be an ascetic but being “aware that the self is three dimensional: spirit, intellect and body, not just body”. Instead of finding happiness in the gadgets and luxuries that money can buy, humans should be more concerned about finding a cause that will make their lives meaningful.

The life trajectory of every person is a unique story of journey. Some life journeys are remarkable enough to be documented and shared for wider public consumption. These unique life stories constitute the memoir, biographical and autobiographical genre. There are certain events that become a watershed or turning point of one’s life and can prove an inspiration for others to follow. The book under review is the story of personal journey of the author with the transcendental reality of Islam. It tries to amalgamate the autobiographical genre with analytical study of Islam. Author Sahar El Nadi has successfully related the story of her personal quest for spirituality with the rediscovery of her faith.
The book is divided into twelve chapters, and a separate Introduction and Epilogue. The chapters deal with various aspects of Islam, its intersection with and relevance in the modern world and Sahar’s rediscovery of her tradition. “As you will discover,” she says in the Preface, “this book is not a comprehensive study of Islam, but a simple and personalized illustration of just some of the concepts that attracted me to become a practicing Muslim after I gained my fair share of experience of people and life as a global citizen. It also includes some of the ways I apply Islam to my everyday life as a citizen of the world to relate to world events that affect my life”.
The problems of modern man include materialism, consumer culture and vices that turn him into a hedonist, diminishing his tendency for spirituality. Sahar is aware of these challenges as she relates her experience of dealing with these problems and overcoming them with her help of her faith. To her, being spiritual means not to be an ascetic but being “aware that the self is three dimensional: spirit, intellect and body, not just body”. Instead of finding happiness in the gadgets and luxuries that money can buy, humans should be more concerned about finding a cause that will make their lives meaningful.
The quest for the meaning of life can be found in the holistic spiritual dimensions of Islam, that Sahar terms as Spiritual Intelligence, “Spiritual Intelligence is the global skill that could help us all on both sides of the world to find our balance again, in personal life as well as in public life. It could help us to strike a point of equilibrium between the needs of our bodies and the needs of our souls as individuals and ultimately as societies”.
Sahar describes the basics of Islam, its worldview and how it expects the faithful to behave, interact and contribute to the societies where they are living. Along with this, Sahar also tries to remove misconceptions about Islam that have become the cause of Islamophobia in the world. She vividly describes about Shariah law and what is meant by fatwas, and so on.
Muslims carry a wrong brand image of their religion, in which violence is supposed to have the decisive power in settling the issues. Sahar very well deconstructs this smokescreen about Islam and violence while analyzing and describing the concept and status of Jihad and Qital in Islam. She further lucidly describes how forgiveness as a religious value has been undermined in our personal and collective lives, and which, if practiced properly, would have helped in overcoming the negative emotions of envy, hate, communalism and violence.
Sahar also describes the journey of her project : “Do not Hate: Educate” that was conceptualized in the aftermath of blasphemous Danish cartoon controversy about Prophet Muhammad (pbuh) in 2006. It is a testimony to the fact of how peaceful means can be used to educate people about the real picture of Islam.
In a chapter on gender roles and equality, Sahar describes women’s rights in Islam, and her own personal journey. Sahar is for equity, not equality, among genders, a view about which one can differ with her. The growing body of knowledge in the field of Islamic Feminism and gender just interpretation of Islam has not been consulted and referred by the author.
Sahar has actively participated in the events of Arab Spring that resulted in the ouster of dictators like Hosni Mubarak from Egypt. She describes how the faith was an integral part of Arab Spring that fuelled the resistance against the tyrants and dictators. It was their religious faith that made many people to offer sacrifices for freedom of their souls. Also, the Arab Spring is a testimony to the fact that Arab Muslims certainly crave for democracy and that Islam is not antithetical to democracy. However, Sahar has not documented the downfall of Arab Spring and the reasons for it. Moreover, her generalizations about Islam being the sole driving force of Arab spring can certainly be contested.
The book underscores the need for a pluralistic, inclusivist and tolerant interpretation of Islam that can further help in the development of contemporary Islamic theology. n
(M.H.A. Sikander is based in Srinagar, Kashmir, and can be reached at [email protected])