A God-centric life is a life based on God-remembrance. God-remembrance is reflected in frequent invocation of God, in private as well as when in the company of others. 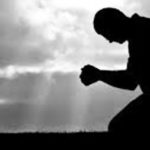 Consider this scenario. I am totally dependent on you for every little thing. You are exceedingly generous with me. You provide me all that I need, and much more. There’s not a thing that I could ask for that you don’t readily and cheerfully provide me with. But, despite this, I don’t ever acknowledge you. Leave alone thanking you for your kindness, I don’t even want to concede that you exist! If sometimes the thought that you just might be a reality enters my mind, I quickly shoo it away, as so much mumbo-jumbo. I imagine that everything that I have, all of which you who have so graciously given me, is my own, earned through my own effort.
I would be pretty ill-mannered if I behaved that way, wouldn’t I? That’s precisely how I have been.

Blessed by God With Everything
All through my life, from the moment I entered this world, I have been blessed by God with every single thing that I needed. At every moment it is God who has sustained me. He has been amazingly generous with me. There was nothing that I didn’t require that He didn’t unhesitatingly provide me. And yet, for many, many years not only did I never thank Him for all that He has done for me, I refused to recognize His very existence! Such was the thoroughly materialistic worldview that I ardently believed in and fervently championed.

Talk of God was almost completely taboo in the ‘modern’, ‘Westernised’, ‘progressive’ circles that I moved around in. At home, we were taught to remember God before meals and maybe before going to sleep, but after some years the habit dropped off without our even noticing it. About the only time we took God’s name was when we didn’t intend to remember Him but, rather, when we wanted to express some extreme emotion and used His name for that”when we wanted to express anger, for instance (as in ‘Oh God! I am sick and tired of you!’), disgust (‘Oh God! How sick!’), shock (‘Oh God! How terrible!’), or excitement (‘Oh God! how lucky!’).
I had studied in some of the ‘best’ (mis-) educational institutions in the country, some of them were run by religious organisations. But besides during the mandatory morning ‘assembly’, which most of us possibly detested and suffered because we just couldn’t help it, talk of God there, too, was almost unheard of. I can’t remember God being mentioned even once in our classrooms at school. Among the few friends I had at college, we’d talk about almost everything under the sun”from boring homework and ‘terrible’ teachers to movies and music, from our latest romantic fantasies to our dreams of ‘making it big’ or ushering in the supposedly impending classless society”but I don’t recall ever talking with them about God.

Dismissed as “Depressed” or “Loony”
In the circles I grew up in, if you took God ‘too’ seriously you could easily be dismissed as ‘depressed’ or even ‘loony’. ‘Modern-educated’ people, as far as we were concerned, simply didn’t do such things. Not all of us would have considered ourselves committed atheists”only a few perhaps did”but for all practical purposes that is what we had become. If at all some of us invoked God it was to get something done in a situation where we felt our own efforts might not suffice”to pass an exam, for instance, or to recover from a serious illness. Once our purposes were fulfilled, we conveniently forgot about God until the next challenging situation that we couldn’t handle by ourselves arrived. Many of us, myself included, didn’t turn to God even in really tough situations. Instead, we sought help from other sources”psychiatrists and counselors and other ‘experts’, for instance.

To Remember God is Bliss
God is the Ultimate Reality. From God we come, and to God we return. All that we have is from God. To remember God is bliss, to forget God is sin. That is what saintly people”men and women”down the centuries have known and have taught. For me, this is a totally different way of viewing the world and the purpose of human life. It’s nothing less than a completely different paradigm. It’s a worldview diametrically opposite to the one that I had believed in and had so ardently championed for several decades.
Moving from a self-centred worldview to a God-centred one isn’t a question of simply discarding some views and adopting some others in their place. It requires much more than that. It demands major attitudinal and behavioural changes as you seek to lead your life not, as in the past, as you want to, but, instead, as God wants you to.
A God-centric life is a life based on God-remembrance. God-remembrance is reflected in frequent invocation of God, in private as well as when in the company of others. A friend of mine, nurtured in a tradition where God-remembrance is much stressed, often refers to God when he’s with others (as well, I suppose, when he’s by himself). This is something that comes very naturally to him. When asked how he and his family are, he will almost invariably respond by invoking God. “With God’s grace, we are very well”, he will say. When taking leave of you, he will wish you by saying “May God keep you safe!” If he sees a beautiful sunset or a stunning bird, I can imagine him glorifying God for it. “If a creature is so wonderful, imagine how much more wonderful the Creator must be!” he might remark. Such references to God are integral to his everyday conversations, reflecting his acknowledgment of God’s presence and of His bounties. Isn’t that beautiful?
I wish I could do as my friend does. I know I can and should. I’d love to unhesitatingly take God’s name when I’m talking with others. When someone asks me, for instance, how my vacation was, I’d love to say that “With God’s grace, I had a lovely time”. If I tell you that I hope to finish a particular task, I’d love to add that I’ll do so ‘God-willing’. When I bid you farewell, instead of ‘Bye!” or ‘See you!” or “Take care!”, I’d love to say “God bless you!”

A Major Change
I often hesitate to do this, however.
With God’s grace, I’ve started to think of God, and for me that’s a major change. I now spend some time each day in the privacy of ‘my’ room talking with God. But when I’m with others, I often behave differently. I’m blessed to have several spiritual-minded friends (from different religious backgrounds), and with them I don’t hesitate to talk about God and praise and thank Him. But it’s different when I’m with people who, like myself, were reared in a materialistic worldview and who might find such talk alien and out-of-place, to put it mildly. With them, I often hesitate to even mention God’s name. I fear that if I do so they’d find me ‘odd’, ‘deluded’, or even a ‘bigot’. I don’t want them to think I’m being self-righteous and ‘holier-than-thou’.

Manage to Overcome My Fear
Sometimes, though, I manage to overcome my fear to take God’s name when I’m with such people. When someone asks me how I’m doing, for instance, I often make it a point to muster the courage to say that I’m doing very well, thank you, ‘with God’s grace’. This doesn’t come easily though, and, more often than not, I find myself rushing through with the words ‘with God’s grace’, not daring to look the person I’m talking to in the eye while doing so because I know this isn’t what she or he is used to hearing or even wants to hear. Telling someone who isn’t in the habit of acknowledging God that I’ll meet him or her next week ‘if God wills’ doesn’t come easily to me. When I’m with such people, I’m often too embarrassed to refer to God in our conversations, too scared of what they might think of me if I did so and of how they might react.
I know this is not how it should be. I know it’s entirely my fault and that no one else is to blame. I know that my fear of others and what they might say and think about me outweighs my love for God and my faith in Him. I know that if my commitment to God were truly strong I would readily speak about Him with others, joyfully and without any hesitation. At the same time, I also know that, if God wills, one day I will overcome my fears and will begin to talk about Him with others as unhesitatingly and freely as I am ‘talking’ about Him with you now as you read these lines.