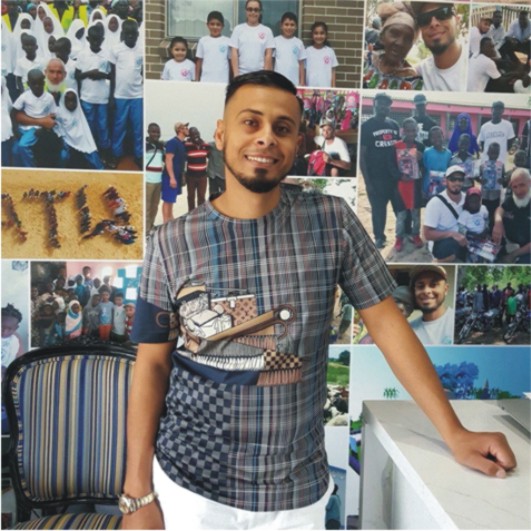 In November 2015, A video of a young Australian-based businessman went viral. Just like millions of people around the world and me, you might not have heard about him before that viral video. Such was his diagnosis of fourth stage cancer that changed his life completely.

Ali Banat was born 16 Feb 1989. Earlier in 2015, He was living a pleasant life with his family in Sydney, Australia. He made a comfortable living by running two successful businesses owning a security and electrical company. As shown in the viral video, His huge bedroom is lined with multiple expensive products such as Louis Vuitton Shoes, Along with a bracelet that cost him 60,000 dollars and a number of cars which included a Ferrari Spider worth 6,00,000 Dollars. However, life took an unexpected turn for Ali when he was diagnosed with stage 4 cancer. He treated cancer as a gift and blessing and donated all his wealth to charity for people worldwide. “When you find out you’re sick or you don’t have much time to live, this is the last thing you want to chase. And that’s how we should live our lives every day”, he said.

He set up ‘MATW’ Foundation, A charity aimed to provide financial assistance and outreach to those in need. Under his foundation, Ali donated his wealth and money to thousands of people across many countries, including Togo, Ghana, Burkina Faso, and many other African countries. And to make sure all his wealth was going in right hand, he visited various countries himself.

ATW aimed to build villages for over 200 widows, a mosque, a school that would house 600 orphans, a mini hospital / Medical center, and a business to support the local community.

When he was diagnosed with cancer, Ali was told he only had seven months to live; Allah made him survive for three years to make his life an example for all of us and made those years of suffering turn into a life lesson for everyone. Ali Banat Passed away on 29th May 2018.

In a video recorded shortly before his passing, Ali asked people to continue his work.

“As you can see in this life, we had cars; we had the money, we had everything. So during our life, brother and sisters, try to have a goal, try to have a plan that your work towards, you are going to need it on the day of judgment.” He said. “And for the brothers and sisters that are chasing this life.. my advice to you guys is this life is becoming… before we used to say five years ago, ten years ago certain things were happening… now it’s every month things are changing” he added. So to make our lives worthy for others and beneficial for society.

His legacy and work have motivated every person to live a meaningful life; even his family, spouse, and relatives carried forward his noble work, and his charity was set up to help continue his good deeds after his passing. We should all try to take inspiration from Ali Benat.