Everyone has set some or the other goal for himself, and he spends all his energies in order to attain it. 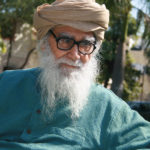 A hadith report refers to people who, on the Day of Judgment, will find place in God’s shade. Among these people, one is referred to, as someone whose heart is attached to mosques (Sahih Bukhari).
In this hadith, the word mosque is used in a symbolic sense. What is actually referred to here is a person who made the Divine way of life his sole concern, and who constantly thought of God and loved worshipping Him. Such a person’s thoughts, words and deeds were all dyed in God’s hue. Inviting others to God was his sole mission in life. His life and his death were all for God.
This hadith report is apparently in the context of mosques, but it also indicates a general human quality. The fact of the matter is that every person has some or the other ‘mosque’. His heart is forever attached to this ‘mosque’. Not for a moment does he forget this ‘mosque’ of his.
What this means is that everyone has set some or the other goal for himself, and he spends all his energies in order to attain it. He constantly thinks about his goal and makes plans to achieve it. His mind is always busy worrying about what to do to make sure his goal is reached. His entire life is devoted to his goal.
The same is true for a God-oriented person. Her or his sole concern is just one”and that is, to seek God’s pleasure, as a result of which she or he will be eligible for eternal Paradise. Nothing less than this can make someone truly pious.