Islamic Voice 0 January, 2017 12:00 am
Carl Gustav Jung
The Walk in the Dark
An American Muslim Imam’s Letter to the American Sikh Community

Saifuddin began a practice, which he continues till today every time he goes back to his village for a vacation. Once a week, he invites half a dozen or so very poor people to his home, for a meal with his family. 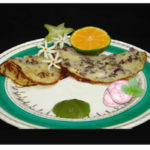 There are many things that I have learnt over the years from my friend Saifuddin. Almost whenever we spend time together, I learn something new. Like, for instance, the other day, when Saifuddin told me about a practice of his that he began some years ago.

This is how it all started:
After a prolonged illness, Saifuddin’s father died. Being the only son among his father’s seven children, Saifuddin had to shoulder most of the expenses of his father’s treatment. He sold off all the agricultural land that the family owned, and even their house. “I only wanted my father to get alright, and for that I was ready to do everything I could,” he says. “I thought, ‘So what if we don’t have any property left and we have to sell all we have to pay for my father’s treatment? I’ll work and earn for the family.'”
Left without a home of their own, Saifuddin, along with his mother, wife and children, shifted to his uncle’s place. Because employment opportunities are very limited in the part of India where he comes from, he travelled all the way”perhaps more than 1500 miles”to the city where I presently live, to work as a guard in a security company (The company posted Saifuddin to the residential complex where I’m staying, and that’s how we got to know each other).

Monotonous and Demanding Work
The salary was modest and the work monotonous and demanding, but what choice did Saifuddin have? He had to struggle hard for his family, driven by his dream of being able to buy a bit of land and arrange for a house of their own once again.
Saifuddin saved every rupee he could, keeping his expenses to the bare minimum. In the city, he lived in a very congested working-class locality, sharing a small flat with several other men from his part of the country. Every day, he walked all the way to our residential complex and back, even in the month of Ramzan, when he fasted. It took a good forty minutes one way, through roads almost entirely bereft of functional pavements and clogged with filth and traffic.
After he arrived in the city, Saifuddin didn’t go back to his village for almost three years, because the long journey would have cost him a lot and he would have lost his salary for the period of his absence. “It wasn’t at all easy, as you can imagine, not seeing my mother, children and wife for so long. But I had to earn and save as much as I could”, he says.
Gradually, Saifuddin was able to put together some money. He went back to his village and, with his savings, he bought a piece of land and arranged for a little bamboo house to be constructed on it. His family could now move into a home of their own!

Having His Own Home
With his family now seeing better days, Saifuddin hit upon an idea. “There was a time when I didn’t have anything, but now I was at peace”, he explains. “I had repaid the loans we had taken for my father’s expenses and we now had our own home. After we had lost so much, God blessed us with so much! Everything we receive is from God, and for that we should be grateful. In my joyful gratitude to God I thought that we should share something with people in our village who are economically poorer than us”a meal once in a while. We aren’t rich people, and so we may not be able to afford to give them fancy food. But we could certainly sit together and share our daal and rice with them.”
Saifuddin began a practice, which he continues till today every time he goes back to his village for a vacation. Once a week, he invites half a dozen or so very poor people, and they all”including Saifuddin and his family”sit together and enjoy a meal. “I’ve fixed the meal for Friday, which is when my father was buried,” he explains. “If I see someone in the village who I know isn’t getting enough to eat, I tell him or her in advance to come over to our place that coming Friday for lunch.”

Helping the Poor
“After they’ve eaten, my guests thank me,” Saifuddin relates, ‘but I say, ‘Helping the poor is God’s commandment’. I tell them, ‘We had also become as poor as you are. We even lost our home, but then, with hard work everything worked out fine. We are very happy and thankful to God for what He has done for us, and that’s why we have shared our food with you.'”
Saifuddin requests his departing guests to pray to God to bless his family, including his deceased father. Sometimes, he gives them some money as a gift”10 or 20 rupees, which for Saifuddin and his guests is not an inconsiderable sum.
“There are many poor people in our village. Their’s is a literally hand-to-mouth existence. Many of them are sick and very old”maybe elderly people whose children don’t care for them or widows”, Saifuddin explains. “They go around the village begging for food. Someone may give them some rice or some vegetables. God has blessed my family and me with so much, including a home and food. Sharing our food with others is one way for us to offer our thanks to Him.”
Saifuddin’s village, like many others in his part of the country, is multi-religious. There are Muslims and Hindus, and a few Buddhists and Christians, too. Saifuddin’s generosity crosses all religious boundaries. Although Saifuddin is a Muslim, the people he invites to share in the weekly meal at his home are from other communities too. “There should be no barrier of religion or caste in serving people,” he says. “God gives to everyone, irrespective of caste and religion, and that’s why we should do the same, too!”