Islamic Voice 0 March, 2018 12:00 am
How to Press the Reset Button on Faith
Divine Help Descends – When One Is Determined In His or Her Objective
Perceiving God – Words of Wisdom by Some Prominent Scientists

Hisamuddin Chelebi did not hold any definite nationality and would often say, “I slept as a Kurd at night and woke up as an Arab in the morning.” 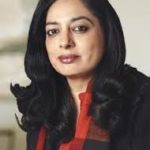 Maulana Rumi’s famous magnum opus, the Masnavi, was inscribed by his disciple Hisamuddin Hassan Chelebi. The title Chelebi is derived from the Turkish word Chalab (God), meaning a man of God. Chelebi was a man of letters who wrote mystic prose and poetry. He says, “They said to the musk deer ‘you have only one defect that you smell to all those whose company you bear’. The musk deer replied, ‘I do not care whose company I bear, but I do care for what I am and perform my duty of smell’.”
Through Rumi’s writings, we learn that when Hisamuddin requested him to write a spiritual treatise, like the mystic poet Fariduddin Attar, Rumi took out the first 18 verses from his turban saying, “Before this idea came to you, God has already inspired me to do a book”. In one of the six volumes of Masnavi, he credits Hisamuddin with being the catalyst of the work and the one who made it happen.
Hisamuddin Chelebi did not hold any definite nationality and would often say, “I slept as a Kurd at night and woke up as an Arab in the morning.” The same theme runs across the works of his master Rumi, who loved and respected people regardless of their nationalities and religions.
When Rumi passed to the next world in 1273, the whole city of Konya mourned the loss of one of the greatest Sufi mystics. People across various religions and nations shared their grief together at his funeral. They held their own books and offered prayers for his soul according to their own customs.
When the king asked them about the event, the mourners said, “He is the king of religions, our leader and guide. We learnt about Christ, Moses and other prophets from his clear statements and we saw in him all the characteristics of the prophets we read in our books.”
Maulana describes the night of death as Shab-e-Urs, when the lover meets the beloved. He asks us not to grieve at his death for love can never be buried. The following lines of Rumi were inscribed on a wooden epitaph over his tomb, now placed over his father’s grave that speak of how even the physical structure of the grave is full of life. “If wheat is grown on the clay of my grave, and if you bake bread of it; your intoxications will increase, the dough and the baker will go mad and the oven will begin to recite verses out of ecstasy. When you pay a visit to my tomb, it will seem to be dancing, for God has created me out of the wine of love and I am still the same love even if death may crush me.”
(Source: asianage.com)