The Peace That Men Seek

Islamic Voice 0 February, 2017 12:00 am
Compassion
The Spiritual Worth of the Present Moment
Of Grit And Determination 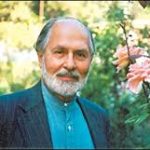 “Today everyone cries for peace but peace is never achieved, precisely because it is metaphysically absurd to expect a civilization that has forgotten God to possess peace. Peace in the human order results from peace with God and also with nature. It is the result of the equilibrium and harmony which can come into being only through the integration made possible by tawhid. Islam has quite unjustly been depicted as a religion of the sword and of war whereas it is a religion which seeks to bring about peace through submission to the Will of God, as the name islam, in Arabic meaning both peace and submission, indicates; and this is only made possibly by giving each thing its due. Islam preserves a remarkable equilibrium between the needs of the body and those of the spirit, between this world and the next. No peace is possible in a civilization which has reduced all human welfare to animal needs and refuses to consider the needs of man beyond his earthly existence. Moreover, having reduced man to a purely terrestrial being, such a civilization is not able to provide for the spiritual needs which nevertheless continue to exist, with the result that there is created a combination of crass materialism and an even more dangerous pseudo-spiritualism, whose opposition to materialism is more imaginary than real. And thus we are faced with the endangering of even the terrestrial life which today has come to be cherished as the final end in itself. One of the basic messages of Islam to the modern world is its emphasis on the importance of giving each thing its due, of preserving each element in its place, of guarding the just proportion between things. the peace that men seek is only possible if the total needs of man, not only in his capacity of a thinking animal but also as a being born for immortality, are considered. To be concerned only with the physical needs of men is to reduce men to slavery and to produce problems even on the physical plane that are impossible of solution.”
***
“Likewise of vital concern today is peace between religions. In this domain also Islam has a particular message for modern man [“¦] Islam considers the acceptance of anterior prophets as a necessary article of faith (iman) in Islam itself and asserts quite vigorously the universality of revelation. No other sacred text speaks as much and as openly of the universality of religion as the Quran. Islam, the last of the religions of the present humanity, here joins with Hinduism, the first and most primordial of existing religions, in envisioning religion in its universal manifestation throughout the cycles of human history.”
(Source: Living Sufism, by Seyyed Hossein Nasr)