Islamic Voice 0 June, 2016 12:00 am
The World of Experience
Carl Gustav Jung
The Peace That Men Seek 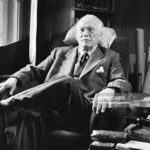 In his book Recovery of Faith (1967), S. Radhakrishnan (who served as India’s President from 1962 to 1967) quotes the noted psychiatrist Carl Gustav Jung as writing in his Modern Man in Search of a Soul (1933):
“I have treated many hundreds of patients, the large number being Protestants, a smaller number Jews and not more than five or six believing Catholics. Among all my patients in the second half of my life, there has not been one whose problem in the last resort was not that of finding a religious outlook on life. It is safe to say that every one of them fell ill because he had lost that which the living religions of every age have given their followers and none of them has really been healed who did not regain his religious outlook.”