Interest-Free Banking – Echoes in the Hallowed Corridors of Finance

Concerted lobbying has resulted in institutions like the Reserve Bank of India and the Planning Commission taking note of interest-free banking as a viable initiative for financial inclusion. 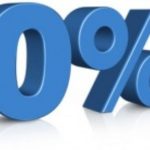 Financial inclusion is the current buzzword. The nation has taken several new initiatives under the leadership of Prime Minister Narendra Modi whose ‘Pradhan Mantri Jan Dhan Yojana’ has been able to enlist as well as include millions of poor Indians into the financial mainstream.
Modern economy is a networked system. Financial Inclusion (FI) broadens the resource base of the financial system by taking in those who had hitherto stayed beyond the realm of banking and other formal financial institutions. It ensures delivery of financial services like bank accounts for savings and transaction purposes, low cost credit for productive, personal and other purposes and insurance facilities for all citizens, to mention only a few.
If weaker sections remain financially excluded, their vulnerability gets aggravated. They are prime target of private moneylenders who exploit them to the hilt. The government has therefore facilitated opening of zero balance accounts by poor people and the Reserve Bank of India adopted progressive measures mandating banks to open at least three branches in an unbanked rural or semi urban area for the every new branch they open in an already banked area. This has enabled banking to penetrate into rural areas. As on March 31, 2013, there were 102,343 banks branches of which 37,953 or 37% were in rural areas, 27,219 or 26% in semi-urban areas, 19,327 in urban centres and 17,844 in Metros.

Efforts by ICIF
Some concerted efforts by the Indian Centre for Islamic Finance (ICIF) has resulted in Islamic Finance and interest-free banking also being included among FI measures into the scheme of things. Islam prohibits interest-based transactions and this inhibits a sizeable section of Muslims from entering current banking system. But banks are not all about interest. They serve hundreds of other objectives in the networked economy. Hence it had become imperative that a section of people who shunned interest, should not be kept away from the banking merely because transactions were essentially linked with interest. This being the prime objective, the ICIF mapped out a strategy to convince the high and the mighty in the world of finance and banking to provide a niche for those who would like to avoid interest, but would like to be among the Financially Included people.
The effort and the Centre has been headed by Mr. H. Abdur Raqeeb, a Chennai based businessmen who has indefatiguably lobbied for the inclusion of interest-free products in the scheme of Financial Inclusion in the country. The voice of the ICIF is now being heard and interest-free initiatives are being talked about. There are economists and financial experts who assert that just as ‘gender’ is an important element of FI schemes, the religious beliefs too should be explored for designing schemes and measures that bring them delivery of economic benefits.

Rajan’s Report
The earliest document from the world of finance to take note of interest-free finance was “Report of the Committee on Financial Sector Reforms” (CFSR) headed by Dr. Raghuram Rajan (then in the Planning Commission and now Chief of the RBI). The report was presented by him to the then Prime Minister Dr. Manmohan Singh in 2008. Under chapter titled ‘Broadening Access to Finance’, Rajan said: While interest-free banking is provided in a limited manner through Non-Banking Financial Companies (NBFCs) and cooperative, the committee recommends that measures be taken to permit the delivery of interest-free finance on a large scale, including through the banking system. This is in consonance with the objectives of inclusion and growth through innovation. The Committee believes that it would be possible through appropriate measures, to create a framework for such products without any adverse systemic risk impact”.
The Report also noted that non-availability (of interest-free, risk-bearing banking products) also denies India access to substantial sources of saving from other countries in the region. (Ref. A Hundred Small Steps, Report of the Committee on Financial Sector Reforms, Planning Commission, Govt. of India, 2007).

S&P Report
The Standard & Poor’s Financial Services LLC, an American financial services company, also took note of Islamic Finance in a report titled “Will Islamic Finance Play a Key Role in Funding Asia’s Huge Infrastructure in 2011”. The Report made the following observation: In our view, the principles of Sharia are a good fit with infrastructure spending, and we think that Islamic financing—particularly sukuk (bonds) financing—could play a key role in financing Asia’s funding gap in the infrastructure space. In short Islamic lending transactions are governed by Sharia, which bans speculations and specifies that income must come from shared business risk. What’s more, Islamic finance is based on the concept of asset-backing.” (Ref: Standard & Poor’s, Insurance markets, October 13, 2011).

Ideal for Infrastructure Funding
Significantly, the above Report indicated that Islamic bonds (or sukuk) could fund projects such as power plants and toll roads, which typically benefit from long-term concession agreements of 15 to 20 years or beyond that usually offer stable and predictable cash flow. It also noted that since the mid-1990s, issuance of sukuk has been growing steadily.
Comprehensive Recommendation
Latest of the highly valued documents that endorsed the interest-free finance, is “Report of the Committee on Medium-term Path on Financial Inclusion” by none other than the RBI presented to the Prime Minister in December 2015. Authored by Mr. Deepak Mohanty, Executive Director of the RBI, it devoted a full chapter titled “Interest-Free Banking : Reaching out to a wider base”. The Report notes significant strides made by the Islamic Finance and Banking. It says that Islamic finance assets are estimated at around US $ 2 trillions, practically a ten-fold increase from a decade ago, and outperforming the growth of conventional finance in many places. It said concept of justice and sharing of risk runs central to the interest-free banking. It also noted that ethical investment (keeping out Halal and Haram) and production of essential goods and complete shunning of gambling (zarar and maysir), speculation and induction of zakat, make it an important instrument for the redistribution of wealth in the form of a compulsory levy.
Curiously, the document provides a detailed lowdown on types of financial contracts such as musharaka, murabaha and Ijara etc and also provides some empirical evidence to reinforce the case.
Mr. Raqeeb who was invited by the RBI committee headed by Mr. Mohanty to represent the case for Islamic Financing, said, the Report recommended that commercial banks in India may be enabled to open specialized interest-free windows with simple products like demand deposits agency and participation securities on their liability side and to offer products based on cost-plus-financing and deferred payment, deferred delivery contracts on the asset side.
Mr. Raqeeb told Islamic Voice that even modern and secular and industrially developed countries like the United Kingdom, France, Singapore, Hong Kong, Japan have become the hub of the interest free finance and India could also incorporate these products and windows under its banking system.
(Note: Mr. Raqeeb, General Secretary, ICIF can be contacted at: 0091-94440-75501, email: [email protected], website: www.icif.in)