Prime Property is a Bone of contention

Islamic Voice 0 December, 2014 12:00 am
Performance of the Muslim High Schools – Apathy afflicts the Older Institutions
Negotiating Spaces
The truth of India’s Partition and its Sole Architect

A plot of land allotted for socially useful activities remains underutilized merely because the two contending groups cannot come to terms about its administration and use. 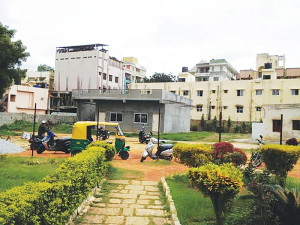