Fourth International Conference on Arabs’ and Muslims’ History of Sciences 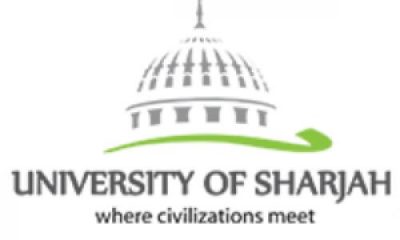 3. The impact of the Arabic and Islamic Scientific Heritage on the Cultures of Contemporary Societies:
• Stimulating and promoting the translation movement for old publications of early Muslim scholars into multiple languages.
• Stimulating the translation movement for present-day publications and literature related to the Arab and Islamic scientific heritage.
• Reviving and codifying Islamic architecture and its impact on contemporary architecture.
• Emphasizing the role of Islamic heritage in stimulating tourism and cultural exchange.

4. Presenting Pioneering Experiences in Diagnosing Challenges and Opportunities for Reviving and Preserving the Arabic and Islamic Scientific Heritage:
• Promoting and establishing communication opportunities and facilitating agreements between academic and research institutions and schools, universities as well as local, regional and international scientific research centres with the goal of urging the latter to pay attention to the history of science for Arabs and Muslims and their heritage and to include it in their curricula.
• Establishing a museum for the Arabic and Islamic scientific heritage – opportunities and challenges.

7. The Emergence and Development of Medical and Health Sciences among Arabs and Muslims:
• Artificial intelligence in medicine and health sciences.
• The impact of the achievements of Arab and Muslim scholars on the progress of human civilization.
• Promoting collaborative research by identifying multiple and specialized research.
• Robotics and their uses in medicine.

The objectives of the conference were
• Conveying a clear and aspiring vision for future studies related to the history of Arab and Muslim sciences.
• Establishing the status of the Sharjah International Foundation for the History of Arab and Muslim Sciences as an attractive destination for scholars and those interested in the history of Arab and Muslim sciences from all over the world.
• Directing the world’s attention to the importance of the role the Foundation in spreading the culture of dialogue, tolerance, and coexistence through the themes of the scientific heritage, which represent a common denominator in human history.
• Designing strategies to revitalize research groups contributing to the history of Arab and Muslim sciences.
• Working with our partners to accomplish major research projects that serve the Foundation’s goals.
• Offering opportunities to attract researchers at local, regional and global levels.
• Exchanging experiences with other institutions that share the same goals as the Foundation.
The three-day event had 21 scientific sessions and discussed more than 150 scientific papers, delivered by notable experts from over forty countries. There were over 900 registered participants from forty countries in the online event. All the objectives of the conference were fulfilled. The University of Sharjah was established as a non-profit institution for higher education in October 1997. The University is comprised of fourteen colleges catering to over fourteen thousand students with a faculty of over six hundred. The University currently offers a total of eighty-five academic degree programs including fifty-four bachelor degrees, twenty-three master’s degrees, eleven PhD degrees and fifteen diploma degrees.