By Sumayyah Meehan
The religion of Islam is deeply rooted in the heart of New Zealand. According to the International Muslim Association of New Zealand, there are an estimated 60,000 Muslims living on the windswept shores of the tiny Kiwi-state today who make up just 1% of the population. A diverse mix composed of refugees and immigrants, this ethnically-rich population of Muslims has intricate threads that have been sewn into the fabric of New Zealand history.
The First Muslims to Immigrate to New Zealand
In the spring of 1874, according to a New Zealand government census, a small group of Indian men were the first Muslims to immigrate to the coastal island nation. Hailing from Punjab and Gujarat, the men resided in Dunstan, Otago which was a gold mining settlement. It was not long before their families followed to begin a new life while embracing a new homeland.
The First Muslim Organization in New Zealand
By the 1950’s, there were an estimated 200 Muslims who immigrated to New Zealand from countries such as India, Pakistan, Bangladesh and Egypt. Together, these early Muslims became a close-knit community and worked hard to set up the “New Zealand Muslim Association.” It was out of their commitment and dedication that this group of Muslims was able to raise the funds needed to purchase a piece of land in Ponsonby in 1959.
On March 30, 1979 construction of the very first mosque in New Zealand began with the laying of the foundation for the Ponsonby Mosque which would be renamed, in subsequent years, to the Al-Masjid Al-Jamie.
The First Imam in New Zealand
Having arrived in the late 1960’s, New Zealand’s first Imam was Maulana Ahmed Said Musa Patel. An immigrant from Gujarat, India, Imam Patel’s duties included leading the daily prayers at the mosque and teaching the Noble Quran to the students. With only 23 students in his first classroom, Imam Patel strove to provide the best Islamic education possible and over the next several years the class grew in numbers.
Due to financial constraints, Imam Patel did not earn a salary at the mosque. He took a variety of jobs in the fields of rope-making, welding and factory-work during his tenure to provide for his family. All the while, he was working diligently to make a lasting impact in the Muslim community. One of his greatest efforts was to take part in a formal delegation that approached the city council with the request for a dedicated burial ground for Muslims, which set the very first precedent in the country.
Steady Growth and Development
By the end of the 1960’s and the 1970’s, there was an increase in Muslims from all over the world immigrating to New Zealand as both immigrants and refugees from war-torn lands. As a result, two additional Muslim associations were formed to accommodate the needs of the growing population. In 1962, the International Muslim Association of New Zealand was formed in Wellington. In 1977, the Muslim Association of Canterbury was formed.
Yet it was not until 1979 that all three Muslim associations came together to create the Federation of Islamic Associations of New Zealand (FIANZ). Today, FIANZ has grown to include even more Muslim associations in New Zealand.
FIANZ’s mission grew out of the mindset of the first Muslims to land in New Zealand and is based on the Noble Quran and the traditions of the Prophet Muhammad (peace be upon him),
“”¦to guide the New Zealand Muslims in the promotion of religious, social, educational, cultural and economic activities in accordance with the principles of Islam as enshrined in the Holy Qur’an and the Sunnah. FIANZ endeavors to build better understanding between the Muslim community and the various ethnic and religious communities in New Zealand so as to live harmoniously and cohesively for better life for all.”
Since the 1980’s, the population of Muslims has grown and gave New Zealand a colorful mosaic of Islamic cultures that merge together to create a landscape of peace, brotherhood and a shared bond that is based on a dedication to working for the common good. 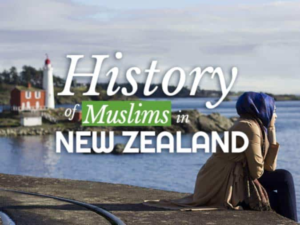