Religious Pluralism is God’s Will

If religion is to promote peace in our pluralistic world, we must reject the zero sum game ideology, and develop the pluralistic teachings that already exist within our sacred scriptures. 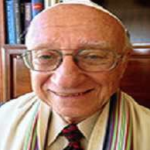 Most college students have at one time or another asked, ‘If there is only one God why are there so many religions?’ This is a good question that I as a Rabbi have often been asked.
This is my answer. The Qur’an declares that Allah could have made all of us monotheists, a single religious community, but didn’t in order to test our commitment to the religion that each of us have been given by God.

God’s Plan is to Test You
“If Allah had so willed, He would have made you a single people, but (God’s plan is) to test you in what He has given you: so compete in all virtues as in a race. The goal of you all is to (please) Allah who will show you on the truth of the matters in which you dispute.” (Qur’an 5:48)

Prophets of Monotheistic Faiths
This means that religious pluralism is the will of God. Yet for centuries many believers in one God have chided and depreciated each other’s religions, and some believers have even resorted to forced conversions, expulsions and inquisitions. Monotheists all pray to the same God, and all prophets of monotheistic faiths are inspired by the same God.
So how did this intolerance come about, and how can we eliminate religious intolerance from the Abrahamic religions? Greek philosophy, with its requirement that truth must be unchanging and universal, influenced most teachers of sacred scripture during medieval times to believe that religion was a zero sum game: the more truth I find in your scripture the less truth there is in mine.
Instead of understanding differing texts as complementary, they made them as contradictory as they could; and declared the other religion’s sacred text to be false.
If religion is to promote peace in our pluralistic world, we must reject the zero sum game ideology, and develop the pluralistic teachings that already exist within our sacred scriptures. After all, all prophets are brothers. They have the same farther (God) but different mothers (mother tongues, motherlands and unique historical circumstances that account for all the differences in their scriptures).
Narrated Abu Huraira: “Allah’s Apostle said, “[“¦] The prophets are paternal brothers; their mothers are different, but their religion is one.” (Source:Bukhari). Again, Abu Huraira narrated: “[“¦] the Prophets are of different mothers, but of one religion [“¦]” (Source: Muslim)

A Reform Rabbi
I am a Reform Rabbi who first became interested in Islam when I studied it at the Hebrew University in Jerusalem 56 years ago. I have continued my study of Islam off and on for many years, and for some time I have considered myself to be a Reform Rabbi and a Muslim Jew. Actually, I am a Muslim Jew i.e. a faithful Jew submitting to the will of God, because I am a Reform Rabbi.
As a Rabbi, I am faithful to the covenant that God made with Abraham”the first Muslim Jew, and I submit to the commandments that God made with the people of Israel at Mount Sinai.
As a Reform Rabbi I believe that Jewish spiritual leaders should modify Jewish tradition as social and historical circumstances change and develop. I also believe we should not make religion difficult for people to practice.
Orthodox Jewish Beliefs
These are lessons that Prophet Muhammad taught 12 centuries before the rise of Reform Judaism in the early 19th century. In many ways, statements in the Qur’an about Orthodox Jewish beliefs and Ahadith relating Muhammad’s comments about Orthodox Judaism, and religion in general, prefigure the thinking of Reform Rabbis some 12-13 centuries later.
I could have written this essay about religious pluralism by using quotes only from the Hebrew Scriptures, such as:
They will beat their swords into plowshares and their spears into pruning hooks. Nation will not take up sword against nation, nor will they train for war anymore. Everyone will sit under their own vine and under their own fig tree, and no one will make them afraid, for the Lord God has spoken. All the nations will walk in the name of their gods, and we [Jews] will walk in the name of the Lord our God for ever and ever. (Micah 4:1-5)
Or, I could have used a pragmatic argument like a Jewish leader named Jephthah offered when he tried to avoid a war by appealing to an invading king as follows:
Do you not hold what Chemosh, your God, has given you? So we will hold on to all that Adonai, our God, has given us. (Judges 11:24)
Jephthah does not believe in Chemosh, nor does he think that Chemosh is just another name for the Holy One of Israel. He knows that the One God of Israel does not allow Jews to have any other god. But Jephthah recognizes the king’s religious beliefs and wants the king to equally recognize Israel’s.
Thus, Adonai the One God of Israel, is the only God for Jews; but others can have a different view of God that they submit to, as long as this God leads them to practice virtue.

As the Qur’an declares:
For every community We have appointed a whole system of worship which they are to observe. So do not let them draw you into disputes concerning the matter, but continue to call people to your Lord”¦ God will judge between (all of) you on the Day of Resurrection about what you used to differ”. (22:67and69)
Use Quran and Hadith
I choose to use Qur’an and Hadith to illustrate that all religions, as well as my own, have statements proclaiming and endorsing religious pluralism. They also have other statements that appear to claim religious exclusivity. These opposing views are the will of God, so that we may be tested.
Choosing between good and evil is a moral choice that even agnostics and atheists can do. Believers should believe in all God’s words (plural), but if we value kindness, humility and peace, we are obligated to choose to understand the seemingly exclusive statements in the context of the accepting statements. The above statement “So do not let them draw you into disputes concerning the matter” of differences between monotheistic religions must and can be resolved, not by seeing truth as relativistic, but by seeing reality as pluralistic.
Thus, the statement that light travels in waves is true. The statement light is made of individual particles called photons is also true. But the greater truth is that light is both a wave and a particle, and how it appears depends on the framework the observer uses to view it.
This complex reality is the will of God, so that believers may be tested in their commitment to kindness, humility and peace.
(Rabbi Maller attended the University of California Los Angeles from 1956 to 1960, majoring in physics. He studied at the Hebrew University in Jerusalem his junior year and while there decided to become a rabbi. Rabbi Maller has published more than 200 articles in more than two dozen journals, magazines and websites as varied as Jewish Social Studies, US Catholic, Islamicity and The Journal of Dharma. He is author of a book on Kabbalah (Jewish mysticism), and editor of the Tikun series of High Holiday Prayer Books. His web site is: www.rabbimaller.com. He can be contacted on [email protected])