It is almost impossible to remain unimpressed by the newly published book on women in Islam authored by Dr. Moin Qazi. Beautifully titled, “Women in Islam: Exploring New Paradigms,” and Published by Notion Press, Chennai in 2015, Qazi describes Prophet Muhammad’s (Pbuh) revolutionary reforms that he sought to bring about to elevate the status of women who were horrifically degraded in the seventh century. The reforms regarding women rights introduced by the Prophet, were completely egalitarian and liberating. However, regrettably, not long after the Prophet’s demise, he opines, several misogynist, retrogressive and patriarchal interpretations of the Islamic law (Shariah) emerged. 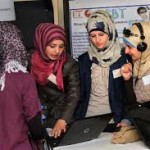 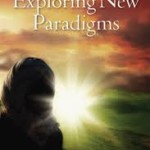 It is almost impossible to remain unimpressed by this book, which successfully responds to the prevalent misconceptions about the status of women in Islam. Qazi calls for rediscovering and rejuvenating the lofty status of women enshrined in the Qur’an and Sunnah and thus reclaiming the authentic Islam. For this, he asks Muslims to engage in serious introspection. He avers, “We have to introspect why Muslim women are not able to model themselves in the secular domain in the moulds in which matriarchal icons like Khadija and Aisha were cast. These women played a key role in the mission of the Prophet in spreading Islam. They were the defining emblems of Islamic civilization.”
Qazi makes it clear that the Prophet Muhammad (pbuh) was centuries ahead of the men of his time in his attitudes towards women. Not surprisingly, therefore, right after he died, men started rolling back the reforms that Islam had set in. “The Prophet may have been too advanced for the mindset of 7th century men, but his compassion for women is exactly the model that Muslims in the 21st century need to emulate”, Qazi says.
This anthology also offers an introduction to women’s excellence in knowledge and education in the early centuries of Islam. Extraordinarily talented and immensely qualified female companions of the Prophet taught many great male Islamic scholars. However, the author regrets, the former’s contributions were not recognized or meticulously preserved by many male Muslim historians. It is a pleasant surprise to know, as Qazi informs us, that some Islamic scholars of great stature, such as Imam Shafi’ee, Ibn Khilkan, Abu Hayyan and Ibn Asakar, studied under female scholars.
Stories of women Islamic scholars who dialogued with men about religious and legal issues or the preferred interpretation of an Islamic text abounds in the corpus of Islamic literature. Qazi reproduces some very inspiring, moving and unique stories in this regard”for instance, a famous incident that took place in the mosque between the Caliph Umar (r.a) and an unknown woman who cited a passage from the Qur’an in support of her argument against placing a ceiling on the amount of the mehr (dower for women). Hazrat Umar realized his error and said: “The woman is right and the Caliph is wrong”.
Qazi takes his readers to the conclusion that Islam strongly encourages the education of women, in both the social and religious domains. Their education and cultural training are regarded as an integral dimension of social development. There is no priority for men in relation to the right to education. Both are equally encouraged to acquire education. Indeed, all the Qur’anic verses which relate to education and knowledge are directed to both men and women alike.
However, the question arises: When the Qur’an enshrined such a lofty status for women and accorded them rights that they could not otherwise even imagine in 7th century Arabia, why this discrepancy between the actual Qur’anic provisions for women and their sorry state of affairs in the Muslim world today?
In a section titled “Reappraisal of mindset”, Qazi attempts to answer this question. He believes that the answer lies in the deterioration of basic Islamic education that occurred in the Muslim world after the disasters of the Mongol invasions and the Crusades from the 11th through the 13th centuries. Qazi places much of the blame for the most constrictive interpretations of Islam on the Abbasid dynasty, which ruled from the mid-eighth century onward and interpreted Islam in a legalistic and rigid manner designed to serve state interests, thereby sacrificing much of the ethical, normative thrust of the religion as practiced in the days of the Prophet (peace be upon him).
Qazi also describes the Prophet Muhammad’s revolutionary reforms that he sought to bring about to elevate the status of women who had been hitherto horrifically degraded. These reforms, he shows, were completely egalitarian and liberating. However, regrettably, not long after the Prophet’s demise, several misogynist, retrogressive and patriarchal interpretations of the Islamic law (Shariah) emerged.

As Qazi says:
“The reforms that took place in the early years of Islam are clearly progressive, changing with the needs of the society. However, the more detailed rules that were laid out by the classical jurists allowed many pre-Islamic customs to continue, and also reflected the needs, customs and expectations of the society in which they lived, instead of continuing the progressive reform that was started during the time of the Prophet.”
Qazi stresses that Islam has been incredibly advanced in providing revolutionary rights for women and uplifting women’s status, even in the seventh century. Many of the revelations in the Qur’an, he tells us, were by nature reform-oriented, transforming key aspects of pre-Islamic customary laws and practices in progressive ways in order to eliminate injustice and suffering.
Qazi takes us through an inspiring journey of women’s empowerment through Islam that starts off with the Prophet’s first and most beloved wife Hazrat Khadija bint Khuwaylid, who was a successful businesswoman and one of the elite figures of Makkah. As the saying goes, “Behind every man, there is a woman”, and the Prophet had the vital support of Hazrat Khadija in propagating Islam. Hazrat Khadija had the distinction of being the first person to accept Islam from the Prophet.
The book provides fascinating glimpses about the lives and achievements of heroic Muslim women from different ages of history. They are great embodiments of knowledge, classical scholarship, social activism, mystical influence, political empowerment, financial power and bravery. The book provides us with inspiring examples of the roles some Muslim women have played in multiple lawful pursuits including in the arts, literature, law, theology, social sciences and administration, spanning a long period, from the first centuries of Islam in Arabia till the late 17th century in India.
Inspired by the vision of a better world, this section of the book stresses the need to empower women and ensure gender balance in all such areas of excellence. This collection of Muslim women’s stories also point out the paramount role of women in creating a better world for all beings. It beautifully illustrates how a great many Muslim women, down the ages, made herculean efforts towards the enhancement of political and social rights, sustainable environment, protection of people from the travesties of war and promotion of religious diversity, pluralism and democracy.
(Ghulam Rasool Dehlvi is a classical Islamic scholar and English-Arabic-Urdu writer. He has graduated from a leading Islamic seminary, holds a Diploma in Qur’anic sciences from Al-Jamiat ul Islamia, Faizabad, U.P.. and a Certificate in Uloom ul Hadith from Al-Azhar Institute of Islamic Studies. He has also graduated in Arabic (Hons) and has done his M. A. in Comparative Religions & Civilisations and a double M.A. in Islamic Studies from Jamia Millia Islamia, New Delhi. He can be contacted [email protected])