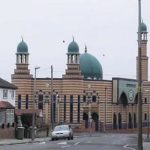 London: Mosques across the United Kingdom have opened their doors recently to thousands of people as part of the British Islamic Medical Association’s (BIMA) Lifesavers project.
This collaboration with the British Heart Foundation (BHF) and Muslim Council of Britain (MCB) is now in its third year and involved hundreds of Muslim healthcare professionals volunteering to transform 35 mosques into public centers teaching CPR and basic life support skills to over a thousand people.
“In the UK, 80 percent of cardiac arrests happen at home, and the average survival is about 8 percent, said BIMA Lifesavers Programme Director Dr. Wajid Akhter. “With over 23,000 cases of out of hospital cardiac arrests happening each year in Britain, we can help save many lives with simple CPR training.”
Other countries have shown that with effective public CPR education, survival improves to over 25 percent, MCB reported.
From his side, Secretary General of the MCN Harun Khan said, “This is a great initiative which allows mosques and Islamic centers up and down the country not just to serve as a place of worship, but to be service providers for all communities.
To learn lifesaving skills together through interfaith initiatives captures the essence of unity, where communities can learn and come together to save lives”.
BIMA Lifesavers is on track to become the largest, free, accredited, national basic life support-training program in the country and is looking to help Britain become a nation of lifesavers.
The MCB is the UK’s largest Muslim umbrella body with over 500 affiliated national, regional and local organizations, mosques, charities, and schools.