The study of the archives has recently highlighted the valuable contribution that Muslims made to Britain and Europe’s freedom. 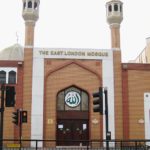 London: Mayor of London Sadiq Khan inaugurated a new strong room at the East London Mosque, last fortnight, which will house Britain’s first Muslim archives.
Addressing a crowd of hundreds at the London Muslim Centre, Khan said: “At a time when there are people trying to divide us, our shared history can be a source of hope, because by looking back we can also look forward to a brighter future.”
The mayor, who was invited to unveil a plaque and officially open the new flood- and fire-proof strong room, quoted wartime Prime Minister Winston Churchill in his speech. He also reminded the audience that the study of archives has recently highlighted the valuable contribution that Muslims made to Britain and Europe’s freedom. “We now know 2.5 million Muslims fought for us “ the Allies “ during World War I,” he said. “At a time when Islamophobia is on the rise, it is important to recall that Muslims were among those who sacrificed their lives for a free Europe.”
The East London Mosque is Britain’s largest, and one of the most influential in Europe. It was the first mosque in the UK to develop a professional archiving system, and it now holds 250,000 documents dating back to 1911. The project was supported by The National Archives and has taken five years to complete. The collection has an online catalogue and is available for viewing by appointment in the mosque’s reading room.
The collection, which tells the story of the mosque and of East London’s early Muslim community, includes photos, minutes, newspaper cuttings and annual reports of functions and activities that have taken place at the mosque and the London Muslim Centre, as well as more personal documents, including marriage records. There is also a collection of letters written by one of the mosque’s early supporters, the famous Qur’an translator, Muhammad Marmaduke Pickthall.
“The archives are important because they allow the Muslim experience to be woven into the tapestry of British social history,” said Dr. Jamil Sherif, the chair of the East London Mosque Archives Project’s Steering Committee. “Without that narrative, Muslims are always going to be considered as the ‘other’ and their contribution will never be appreciated.”
As well as the mosque’s records, the archives contain documents of the Indigent Moslems Burial Fund, set up to aid early British Muslims who were unable to meet the cost of burying their dead. Those who attended the launch included Abdul Maalik Tailor, founder of Muslim History Tours, which take visitors around London revealing the city’s hidden Muslim past. Tailor believes more mosques need to be supported to follow the example set by the East London Mosque.
“There are people within other mosques across the country that have an interest in archiving the history of their institute, but they need support and funds to do this,” he said. “The history of mosques are the history of the Muslim community and we need to help them to preserve it.”