“MSDP will be Revamped” 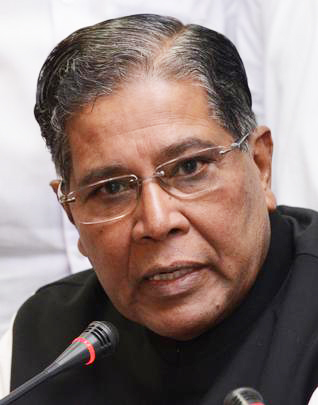 Bangalore: The newly appointed Union Minister for Minority Affairs, K. Rahman Khan would like to focus on Multi-Sectoral Development Programme (MSDP) under his ministry. Talking to Islamic Voice, Khan said the district is too vast an area for the programme of infrastructure development to be taken up if the work has to benefit certain social groups identified as disadvantaged under the MSDP. He said the work is mainly identified by the District Collector and it was proposed to replace districts with blocks as basic unit with concentration of the disadvantaged minorities. He said the programme needs to be revamped if it has to reach the intended beneficiaries. The MSDP was conceived with regard to 90 districts in India with significant population of minority communities. Bulk of these districts are in Bihar, Uttar Pradesh, West Bengal and Assam where reside more than 60 per cent of India’s Muslims. But social audit and reviews of the programme have recently indicated that most funds were being spent on areas with no or scanty minority population. Under the MSDP, the infrastructure such as roads, transport, schools and housing could be taken up for minority population.
Mr. Khan said establishment of quality schools on the lines of the Morarji School was on the cards.
He said, among his priorities was promotion of higher education among the minorities and he had mooted setting up of five universities for the minorities under the private-public partnership programme. (He has indicated that one among them would come up at Srirangapatnam near Mysore in Karnataka). He said that under the 15-point programme the institutions which are likely to be established and also the existing ones were more than enough to act as feeder institutions.
He said, the RBI and the Finance Ministry had issued guidelines and instructions to the banks to open no-frill accounts and the savings bank accounts to the students with zero balance for electronic transfer of scholarships for pre-matric and post matric students. “Yet it has come to notice that certain banks were insisting on a minimum deposit of Rs. 500 into the accounts. We will initiate action against the errant banks,” he added. He said the direct transfer of scholarship amounts had done away with touts who made their cuts between the officials and the beneficiaries.
About the recommendation of the Justice Rangnath Mishra Commission, Mr. Rahman Khan said, “The recommendations will be implemented and it is part of the Congress manifesto. We will implement them with sincerity but there are certain legal hurdles such as the absence of proper data supported by the scientific survey. We have to look at the primary data available and also to obtaining scientific data in the longer run.
With regard to the Central Haj Committee and the withdrawal of Haj subsidies, Mr. Khan said, “the Haj committee is governed by an Act of Parliament, priority will be to revamp the Haj Committee management on lines with the Haj management board of Malaysia which is known as ‘Tabung Haji’, the most successful organisation in the world. (It was given the Magsaysay Award years ago). “Similar model is closer to my heart and I will pursue the matter to raise a similar institution here in India too. “It will not merely address the issue of pilgrims but will also act as a economically viable option which could be beneficial to the community in the longer run”, he explained.