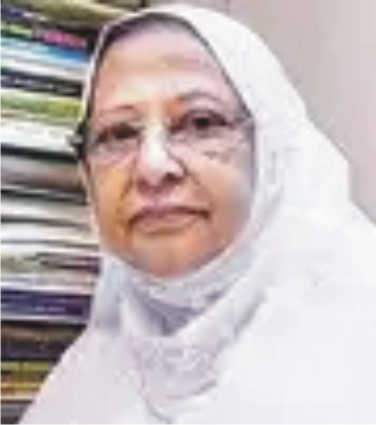 Granny Crosses all Hurdles to Pursue a Doctorate

It is Divine Mercy, says 75-year-old Zubeida Yacoob Khandwani, which propels her to seek knowledge regardless of hurdles she has faced. This gutsy grandmother has opened yet another chapter in her life. She is researching for a d octorate on Sufism.

“I would have finished it a decade ago but for a few setbacks. My guide, renowned Urdu, Persian, and Islamic Studies scholar Prof Nizamuddin Gorekar (taught at many institutions, including St Xavier’s C ollege in South Mumbai), died. Followed by the death of my husband (businessman Yacoob Khandwani and younger brother of former MLA, Haj Committee of India chairman Amin Khandwani),” she says. Then she fell and fractured an arm.

Someone else might have given up. But she didn’t. Zubeida was barely 17 when her mother died, and she was married. She dropped out of college. Later she graduated in Arts through a correspondence course and subsequently completed LLB too.

Zubeida, also general secretary at the All India Memon Jamat Federation, got attracted to Sufism as she began visiting mausoleums of Sufi saints like Khwaja Moinuddin Chishti (Ajmer), Nizamuddin Aulia (Dehi), Makhdoom Mahimi and Haji Ali. “Sufism is not a new religion. It is a way of life that makes you tolerant and modest,” she says.