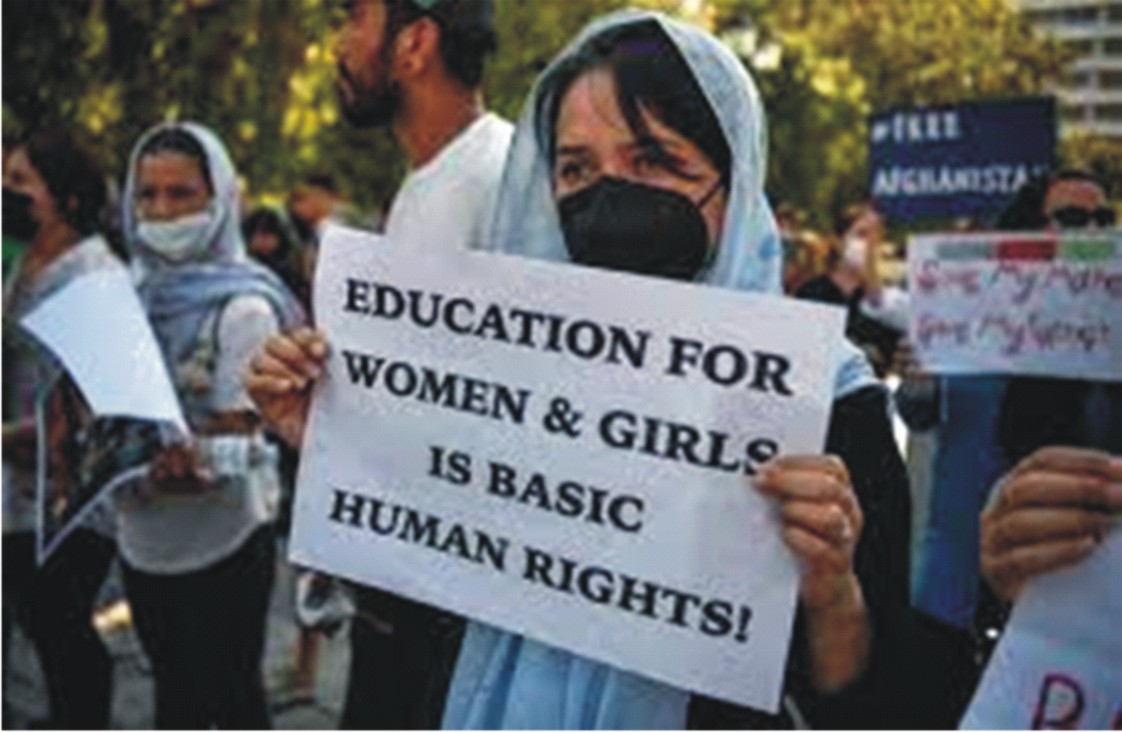 “Do treat your women well and be kind to them, for they are your partners and committed helpers.” This was the lesson the Holy Prophet taught in his last sermon. The above teachings of the Holy Prophet are enough to prove the importance of women in life, the duty of each Muslim man to treat women well, and her position as a partner and committed helper.

The first word of the Holy Quran that was delivered to the Holy Prophet was “Read,” this Chapter further states’ Read, and your Lord is the Most Beneficent, the One who taught to write with the pen, the One who taught man all that he did not know’ (Chapter 96). The Commandment of the Holy Quran to each human about reading points towards the right of each human, including women, to education. Unless the women are given the Right to Education and the Right to Knowledge, they will not perform their duty of reading as ordained.

The history of Islam is full of women Scholars. In her book ‘If The Oceans Were Ink’, Carla Power referred to Islamic Scholar Shaikh Mohammad Akram Nadwi, born and educated in India and now teaching at Oxford University, he has biographed the Muslim Women Scholars, and his collection now is in 50 Volumes.

Aisha, the wife of the Holy Prophet, was known for her expertise in Quran, Arabic Literature, History, General Medicine and was considered to bean expert in Islamic Jurisprudence. She was a Military Commander who rode Camel, a champion of women’s rights, Fatwa issuing jurist, and source of most important Hadis.

In the 7th and 8th centuries, many women Scholars taught male students in the Mosques. However, Akram Nadwi had listed about 10,000 such women. Some notable were Umm-Al-Darda from Damascus, Khalifa of the times was her student. Fatimah Al-Batayahiyyahwas taught in the revered Mosque of the Prophet in Madina, Fatimah Bint Mohammad Al Samarqandi.

Holy Quran does not distinguish between man and woman. The 35th Verse of Chapter 33 (Al-Ahzab) makes the equal position of man and woman in various parts of life abundantly clear.

Holy Prophet was the champion of the Right to Education of women and recognized the Right to Property, Right of Choice, and Right to Divorce for women. 1450 years ago, while none of the contemporary civilizations considered women worthy of any rights, Islam conferred these rights upon women. Holy Quran ordains ‘And no Muslim man or woman has any right in the affair, when Allah and His Noble Messenger have decreed a command regarding it; and whoever does not obey the command of Allah and His Noble Messenger, has indeed pearly gone very astray.’ (33:36)
These are the clear teachings of the Holy Quran and Prophet, but for those who claim to be followers of these teachings but act contrary, these are the parameters to judge them. Recent happenings in Afghanistan and the news about the condition of women under the Taliban, if judged on these yardsticks, will make clear that the Taliban’s are not acting as per the commands of the Holy Prophet but only defaming him and his religion by the immoral activities.

In India, we cannot forget that while Mahatma Jyotiba Phule was struggling to establish a centre for women’s education, Fatimah Shaikh was the only lady with him besides Savitribai Phule. Razia Sultana is the first woman Emperor of India in known history and a symbol of the fact that women had equal rights in earlier times.

The great persons are not remembered only for what they taught but are judged by later generations by the character of their followers. Declaring us to be followers of the Holy Prophet is not sufficient, but essential is to follow his teachings in the proper spirit. We need not forget the important lesson he taught “He who has saved one human life has saved entire humanity” and “Do not unjustly kill any life.”

Let us pledge to educate our daughters and equip them with contemporary knowledge. We must not forget, these daughters are mothers of tomorrow and the first teacher to the next generation.