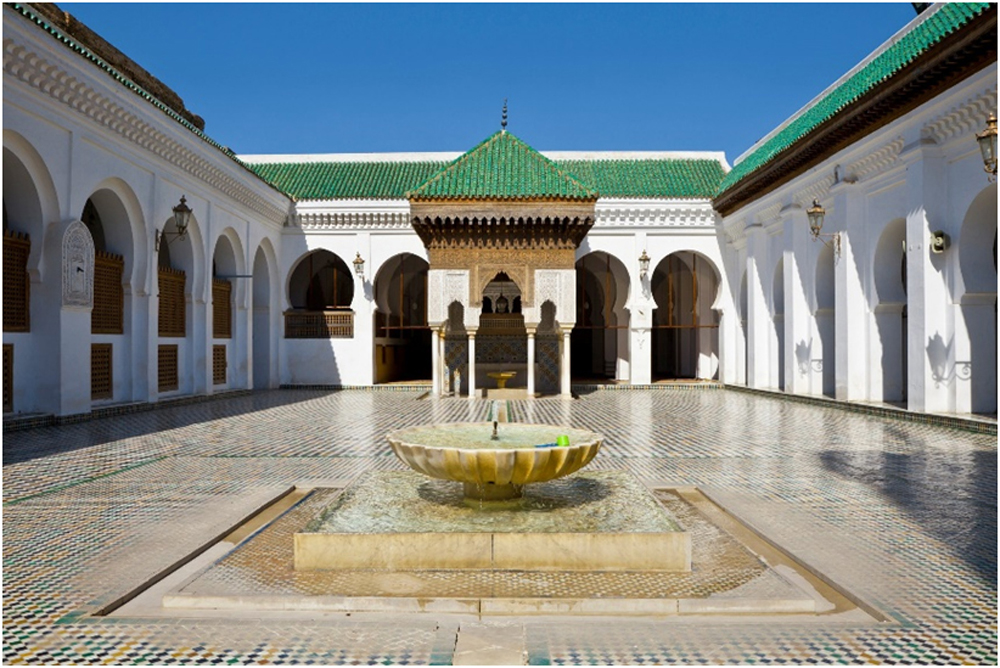 Fatima Al-Fihri : The Woman who founded oldest known University in the World.

Education is one of the fundamental pillars of our life. Our social, financial, and psychological development is highly based on our education.
From ancient times the world has witnessed different methods of education. A common institution for higher education today is the university. One can cite the instance of numerous incredibly old universities in the world.According to historians, the world’s first university was founded by a woman. Her name was Fatima Al-Fihri. She founded a mosque, which developed into the famous al-Qarawiyyin university in Fez, Morocco. Today, it is recognized as the oldest existing university in the world.
Established in the year 859 CE, the University of al-Qarawiyyin was the first degree-granting educational institute in the world (as recognized by UNESCO and the Guinness World Records). Students from various parts of the world travelled there to study a wide range of subjects, ranging from natural sciences to languages to astronomy. During medieval times, this University was considered a major intellectual centre.
Fatima al-Fihri was born in 800 C.E. She was the daughter of Mohammed Bnou Abdullah al-Fihri, a rich merchant who settled in Fez with his family during the reign of Idris II. When Fatima inherited a huge amount of money at the time her father and husband died, she decided that a place of higher learning was much needed in the city and founded the al-QarawiyyinMosque and University. She oversaw construction of the building – 30 metres long with a courtyard, prayer hall, library, and schoolrooms.Fatima started her building project at the beginning of the month of Ramzan in the year 254 A.H., that is to say 859 C.E..
Fatima Al Fihri’s idea for an educational hub that provided opportunities for advanced learning spread through other parts of the world, resulting in the founding of Europe’s oldest institutions of higher learning in the following centuries, including the University of Bologna (founded 1088) and the University of Oxford (founded around 1096).
The University of al-Qarawiyyin is still in operation today, and amidst its other attractions, it houses one of the world’s oldest libraries. The library contains over 4000 manuscripts, including the famous historian Ibn Khaldun’s 14th-century text Muqaddimah.
In 2017, a prize was created in Tunisia in Fatima al-Fihri’s honor. It rewards initiatives that encourage access to training and professional responsibilities for women. In addition, an academic programme and a scholarship given to students from Europe and North Africa pay tribute to Fatima al-Fihri and her legacy.

Based in Osmanabad, the author is a software engineer, motivational speaker, and corporate trainer