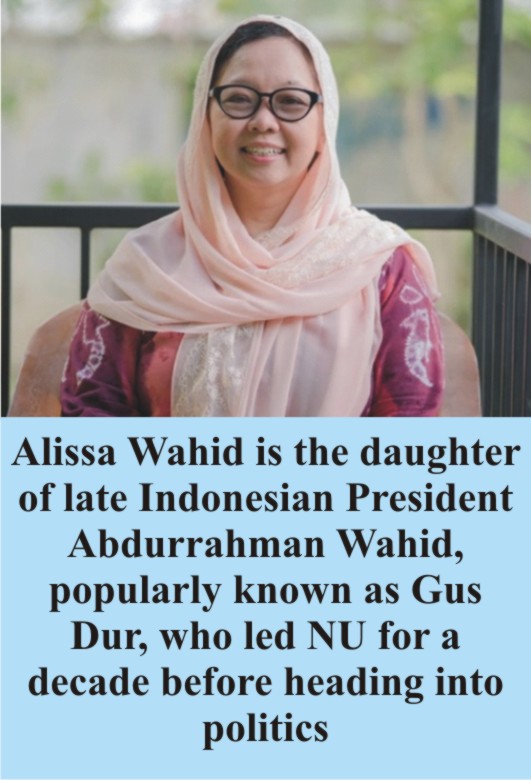 Jakarta, Indonesia – Indonesia’s Nahdlatul Ulama (NU), the world’s largest Islamic organization, has welcomed women into its top leadership roles for the first time since it was founded nearly 100 years ago.

NU inaugurated more than 150 members, including 11 women, to its central board for a five-year term.

Among the women appointed to the most senior roles in February was Alissa Wahid, who told Al Jazeera that while the change was “about time and inevitable,” it was also the result of a continuous process and discussion on women’s roles within NU, which has some 90 million members.

The two women will input the movement’s policy in their new roles.

“I’m delighted with this change,” said Alissa, the daughter of Indonesia’s late President Abdurrahman Wahid, better known as Gus Dur, NU’s leader for ten years, before turning to politics. “Until now, NU has been giving more room for women in public spaces [in the organization], but now for the first time in history, it gives room for women at a higher leadership level.”

The appointments indicate how NU Secretary-General Yahya Cholil Staquf, elected last December, plans to modernize an organization founded in 1926 and has long been seen as a champion of religious tolerance in the archipelago.

“We are all in the same boat on earth searching for a new form of civilization better for all mankind,” he said.

In recent years, there has been growing concern about increasing religious conservatism and the appeal of hardline groups in Indonesia, the world’s most populous Muslim country.