Islamic Voice 0 May, 2015 12:00 am
Kindness and Gentleness Towards Women! The Prophet’s Way!
UN Chief Selects Malala Yousafzai as UN Messenger of Peace
Woman Ensures Dignity in Death for Unclaimed Bodies 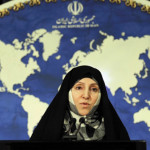