Laws For Women, Not Against Muslims

It is anybody’s guess as to how many ordinary Muslims understand the spirit of the Holy Quran or its underlying principles of gender justice. 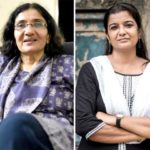 The reform of personal laws is critical for Indian democracy and citizenship, but it has been neglected too long. On one hand, Muslim women are excluded educationally and socio-economically owing to government neglect, and on the other hand they suffer from the near-absence of any legal framework in matters of family, marriage, divorce, custody of children, and so on. Unlike women from other communities, Muslim women are denied their legal rights in the personal realm despite Quranic injunctions. Practices such as triple talaq and halala persist in our society despite the fact that the Quran does not sanction them.
This situation has arisen because of the way that Muslim personal law is understood and practised in India. The whole arena is mired in ambiguity, obfuscation and apathy because of the long stranglehold of patriarchal elements. The Quran gave clear rights to women 1,400 years ago in marriage, family, society and public life, but in reality there has been a persistent denial of these rights. So much so that a perception has arisen that in Islam, men have superiority over women. Within several conservative sections, the dominant belief seems to be that Muslim women must live a life of subjugation within the four walls of a home.

Rampant Violations
This hegemony of patriarchal forces has continued even after 1947, till date. Muslim women such as Shayara Bano and others are only calling for a halt to the rampant violations of their rights in family matters, and seeking justice. The absence of a comprehensive codified personal law in our country has resulted in the Muslim woman suffering in matters of divorce, halala, polygamy, guardianship and custody of children, share in property, and so on. The Shariat Application Act, 1937 is silent on all these matters. It is claimed that Indian Muslims are governed by Shariat. But the Shariat as practised currently in different parts of the country is undefined and unwritten. It is subject to multiple interpretations and misinterpretations which, more often than not, are unfair to women.
Often the injunctions of the Holy Quran are violated in the name of Shariat; the widespread incidence of triple talaq is the most common example. Unfair practices pertaining to age of marriage, mehr, divorce, alimony, child custody, property are all passed off in the name of Shariat. It is anybody’s guess as to how many ordinary Muslims understand the spirit of the Holy Quran or its underlying principles of gender justice. It is not difficult to guess as to what is the perspective and understanding of some of those men dispensing justice in Shariat courts across the country. Most times, the verdicts in family matters end up being unfairly pro-men and entirely anti-women. This can hardly be said to be based on Quranic injunctions. The Hindu community got their laws codified in 1955.

Muslim Family Law
The Christian and Parsi minority communities also have their laws codified. Over a period of time, these laws have been amended to make them more gender-just. For various historical and political reasons, Muslim family law has remained un-codified. The first attempt was made in 1937 with the passing of the Shariat Application Act, followed by Dissolution of Muslim Marriages Act in 1939. After almost four decades, the Muslim Women’s Protection on Divorce Act was passed in 1986. These three pieces of legislation are clearly not enough, and have left many personal law issues unaddressed. For instance, there is no legislation on divorce, age of marriage, polygamy, custody of children, inheritance, or the mehr amount. The lack of legal protection in these matters have left the Muslim women at the mercy of community justice mechanisms, which can be regressive and patriarchal.
All communities, minorities and majority, are entitled to their personal laws, a right protected by Article 25 and 26 of the Constitution. The demand for codification of Muslim law stems from this part of the Constitution. When the BMMA asks for codification, we are only asking for what other communities have, and what is mandated by the Constitution. We are only asking for legal protection, which already exists for all other communities. In this context, for the Muslims, a uniform civil code is a long way off, when we don’t even have the privilege of a codified personal law. The mention of a UCC is found in the Directive Principles of the Constitution, which do not enjoy the same status as the various Articles enshrined as Fundamental Rights. In this entire debate where does the issue of UCC fit in?
As a Muslim women’s organisation, there are many unanswered questions that have to be addressed by all stakeholders, and not just by the Muslim community. For instance, why is the issue of UCC raised only in the context of Muslim women’s legal rights? Is the code going to be made applicable only to Muslims? Have the Hindu majority or the other minority communities already expressed their approval? Even after so many decades of debate around a UCC, why haven’t we seen even a single page of this elusive code? Is it not a bogey raised only to strengthen conservative positions? And why have there been no attempts to strengthen and popularise the Special Marriage Act, which, for all practical purposes, is an optional civil code? These challenges, and several others, confront the very conceptual framework of the UCC, and it is everybody’s responsibility to address them. To confine the issue and discuss it only within the Muslim context, is to do disservice to the idea of a civil code that is devoid of any reference to religion. Before we even attempt a draft UCC, the moot question is — are all communities willing to give up their respective religion-based family laws? If the answer is not unambiguous, then we are still far, far away from a Uniform Civil Code. In the meantime, let us allow Muslim women to have a codified personal law which will give them much needed legal protections, on par with their co-citizens.
(The writers are co-founders of the Bharatiya Muslim Mahila Andolan, which recently fought for triple talaq to be struck down by the Supreme Court)
Source: timesofindia.indiatimes.com