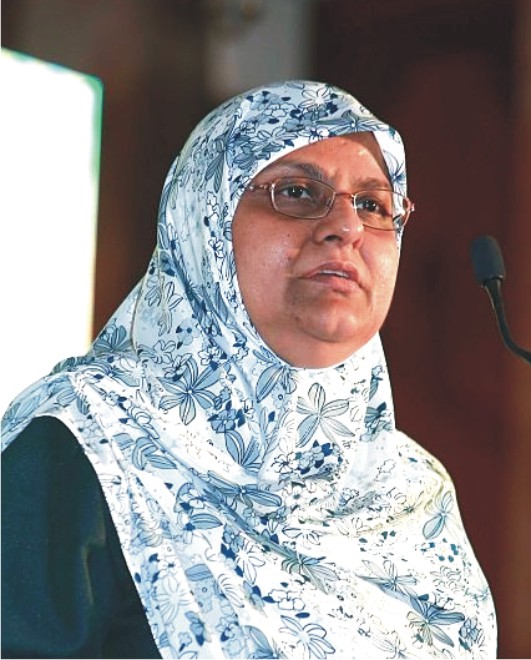 Dr. Shehnaz Shaikh, MBBS, MD, fondly called Apa by those around, shares a special relationship with everyone, especially reverts. She has a versatile personality, and her life graph displays her grit, courage, creativity, and inclination to Islamic Education.

Even though Shehnaz Shaikh is a medical doctor with an MD, she considered herself an illiterate in the matters of deen when she became a Muslim by choice at the age of 32 years. Many of us are born into Muslim families and have Muslim names but are we Muslims? According to her, we become Muslim only when we accept Islam by choice.

Her journey to acquire Islamic knowledge began by understanding the Quran. Alhamdulillah, compiled the word-for-word English Translation of the Quran, which is available throughout the world. Free PDF downloads are available on emuslim.com. In addition, the work is available on many websites – islamicstudies.info, quranwbw.com, etc. Alhamdulillah, many apps have used her compilation.

To facilitate the teaching of Arabic and Quran in her schools, she has compiled 1) Qaidas to make reading of Quran easy for children, 2) Books to help memorize short surahs, masnoon duas, a hadeeth with English Translation 3) Book in English to teach Tajweed to children, 4) Islamic Studies books for children of Std l to IV

She has traveled to deliver lectures on Islamic topics to cities in India, America, Saudi Arabia, UAE, Bahrain, South Africa. Alhamdulillah has visited and advised many Islamic Schools in America, Saudi Arabia, Bahrain, South Africa, Canada, and Malaysia. She has even talked about teaching word-for-word English Translation of the Quran in the Department of English in the Women’s section of Ummul Qura, Makkah.

As she has been tested by cancer by Allah (SWT), she needs prayers from all of you to finish the work.
Currently residing in Mumbai, she may be contacted on 9322266035, [email protected]