Role of Law, Society and Religion 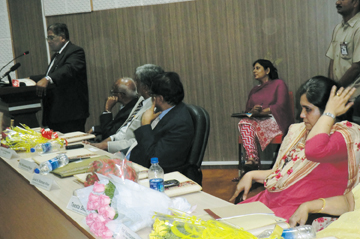 Shariat is Changeable
Prof. Alim Ashraf
Department of Arabic, MANUU
Hyderabad
It is wrong to say that shariat is not changeable. The Shariat is to facilitate the people, not to straitjacket them into immutable laws. But it is equally wrong not to recognize the basic physical, psychological and mental differences between men and women. The West is trying to impose its definition of family on the Muslim world by striking at their traditional roles. This will only cause disintegration of the society and its homogeneous nature.
Prohibit Three talaq, no Harm in 18 years for Marriageable age
Uzma Nahid
Member, Muslim Personal Law Board, Mumbai
We had presented the 30-point modern Nikahnama before the Muslim Personal Law Board which has not done anything on this. Maulana Ashraf Ali Thanvi had urged the need to enter conditions from the spouses in the Nikahnama. We had urged that the women should give their consent in writing prior to Nikah. It had also talked about prohibition of three talaq. (It may be reminded that Hazrat Umar introduced the punishment of 100 lashes to those men who divorced their wives unfairly.) We had said that insistence on 18 years of age for marriage should not be opposed. Similarly, there should be no opposition to registration of Nikah and similarly even the divorces should be registered.  In Egypt, there is a law that if a man divorces his wife, he will have to leave his matrimonial home and pass its ownership onto the woman.
Delegates from Sri Lanka, Iran, Germany and Bangladesh also presented papers in the Conference which devoted one session to Muslim women in literature and films.
(This report has been compiled by Maqbool Ahmed Siraj who participated in the proceedings on all three days.)