Islamic Voice 0 March, 2017 12:00 am
A.R. Rahman Performs with the Firdaus Women’s Orchestra at Expo 2020 Dubai
Ambreen Naeem
Women Breaking the Glass Ceiling all Over the World 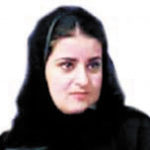 Riyadh: The Saudi Stock Exchange, also called the Tadawul, appointed Sarah Al-Suhaimi, chief executive of investment bank NCB Capital, as its first female chair person. Abdulrahman Al Mofadhi, representing the Ministry of Finance in the board, was named Vice-Chairman of the Board of Directors. Suhaimi was elected by the exchange’s board, which includes representatives of the central bank, the Finance Ministry and the Commerce Ministry. She is the first woman to chair a major government financial institution in the Kingdom. Suhaimi, who became the first female chief executive of a Saudi investment bank when she took that post at NCB Capital in 2014, is one of only a few women with a top job in Saudi finance. Her father Jammaz headed the Capital Market Authority between 2004 and 2006. But her appointment to chair the exchange is in line with an ambitious economic and social reform program announced by the government last year. One of its goals is to develop women’s role in the economy and increase their participation in the workforce to 30 percent from 22 percent in the coming years. Suhaimi will chair the Arab world’s largest stock exchange at a critical time. It is preparing to offer its own shares to the public and is trying to win emerging market status from international equity index compilers. It is also expected next year to list the shares of national oil giant Saudi Aramco in what could be the world’s biggest initial public offer. While heading the exchange, Suhaimi will keep her post at NCB Capital, an arm of National Commercial Bank, Saudi Arabia’s largest listed bank.