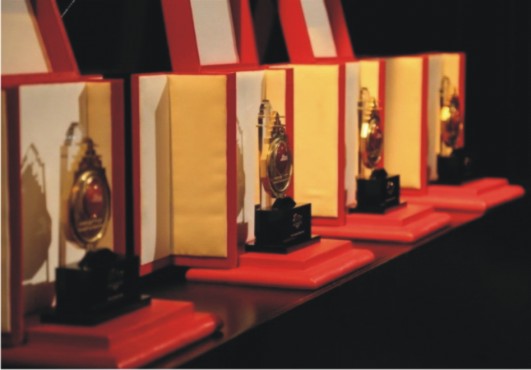 2023 Mustafa Prize Award Ceremony to Be Held in October

TEHRAN: The 2023 Mustafa (PBUH) Award Ceremony will be held in October 2023, and the winner of the fifth round of the Mustafa (PBUH) Prize has been opened.

The Prize includes The Mustafa (PBUH) Medal, the Prize Certificate, and a special cash gift that is provided from the endowment of Science and technology, and so far more than 400 benefactors from different countries as members of the Khadem Al-Mustafa ­(PBUH) community have supported this scientific-cultural movement.

For more information about the criteria and submit a nomination, visit Mustafa (PBUH) Prize website.

In order to appreciate prominent scientists and provide the ground for scientific cooperation and development worldwide, the Mustafa Prize was established in 2012 as a symbol of scientific excellence at the international level.

The Mustafa Prize, a top science and technology award, is granted biennially to the leading researchers and scientists of the Islamic world in four named categories.

The Prize is granted to works deemed to have improved human life, have made tangible and cutting-edge innovations on the boundaries of Science, or have presented new scientific methodology.
(Source: https://www. tasnimnews.com/en/news/2022/03/12/2681096/2023-mustafa-prize-award-ceremony-to-be-held-in-october).