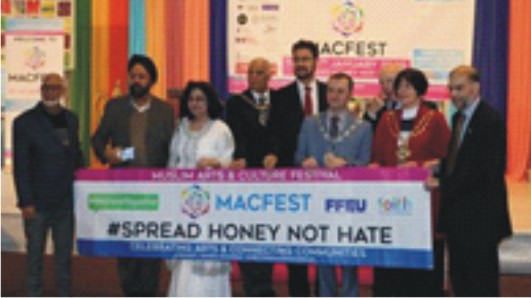 A British Muslim charity promoting cultural awareness and diversity has received the Queen’s Award for Voluntary Service, a prestigious reward for outstanding achievements by volunteers. The Muslim Arts and Culture Festival, Macfest, was founded in 2017 in the wake of the Manchester Arena terrorist attack to act as a bridge between different communities and confront discrimination with culture. One of the 241 social enterprises given the award, created to celebrate Queen Elizabeth’s 50-year reign as Britain’s head of state.

Started by British Muslim novelist Qaisra Shahraz, the annual Muslim Arts and Culture Festival hosts more than 70 social events a year that encourage community exchange and engagement. The organization now puts on shows across the UK and this year hosted its first international festival live and online from Azerbaijan.