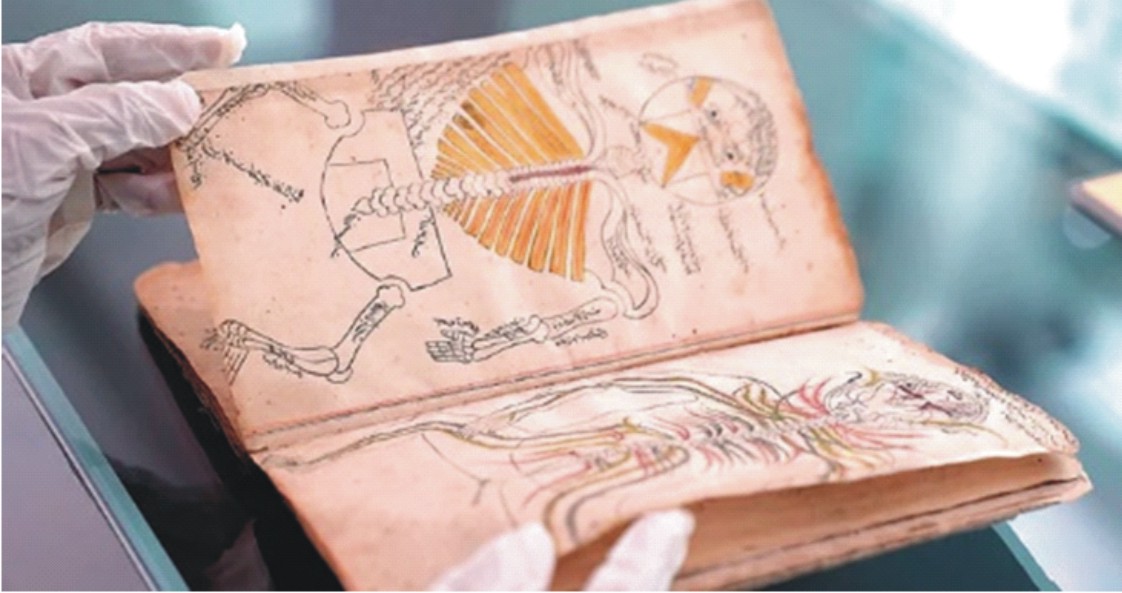 RIYADH: One of the rarest human anatomy manuscripts dating from the 14th century has found its way to the King Abdulaziz Public Library in the Kingdom’s capital.

The book, titled “The Anatomy of the Human Body,” is the earliest known book to dissect and draw the inside of the human body. It was written by Mansur bin Mohammed bin Ahmed bin Yusuf bin Ilias Al-Kashmiri between 1380 and 1391.

The book is one of the most precious Islamic medical manuscripts. It preceded the modern anatomy of the Belgian physician Andreas Vesalius and the Italian painter Leonardo da Vinci.

European scientists learned from the book’s drawings and manuscripts and made anatomy a part of their recognized medical education. The illustrations, drawn with pen and inks of different colors, present the entire human body, with each drawing taking a whole page.

The drawings demonstrate excellent craftsmanship in their use of lines and colors. They utilized the art of the Islamic miniatures, which was standard when the book was written and drawn with no tools other than pens.

The chapters cover the bones, nerves, muscles, veins, arteries, face, nose, liver, and other organs of the human body, with the author writing in detail about the functions of the arteries and describing the veins as mobile veins that emerge from the left and right ventricles of the heart, where the diastole and systole occur.

The book, written in Persian, was transcribed by a scribe named Mohammed Hassan on December 16, 1707.
(https://www.arabnews.com/ node/1928896/saudi-arabia)