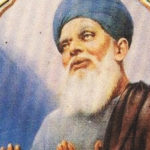 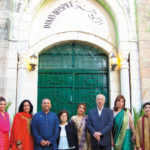 Jerusalem: Did you know that there is a corner of Jerusalem that has a distinct Indian stamp to it and its various residents wear their Indian origin like a medal? Next to the Al-Aqsa mosque in the city, there is the Indian Hospice in Jerusalem. The hospice is managed by the Ansari family and has a centuries-old connect to India. Indian pilgrims to Jerusalem can stay at the ‘Indian Hospice’ and pay homage to the IndianChishti Sufi saint Baba FariduddinShakarGanj, who visited the place 800 years ago. It is said that Baba Farid, who is revered by Muslims and Sikhs and others, swept the stone floors around al-Aqsa mosque as a mark of devotion. He is also known to have taken up fasting in the silence of a cave nearby. Long after he went back to India, many Muslims from the sub-continent who passed Jerusalem on their way to Mecca stopped at this spot in memory of Baba Farid. It became a sort of temporary residence for the pilgrims.
In early 1920s, Jerusalem’s Supreme Muslim Council requested the leaders of the Khilafat Movement of British-ruled India to nominate someone to care for the hospice. The Khilafat leaders honoured the request of the Supreme Council, then headed by Arab nationalist Mohammed Amin Al-Husseini. That is how in 1924 Sheikh NazirHasan Ansari “ who was also part of the Khilafat Movement “ was chosen to go to Jerusalem to take charge of the hospice. His son Sheikh Munir Ansari now heads the place. The Ansari family has been a steady presence in Jerusalem ever since.
(Extracted from mpositive.in)