Islamic Voice 0 January, 2017 12:00 am
Conversation about Faith in God
The Holistic Spiritual Dimensions of Islam
Islamic Teachings for Promoting Peace

The Council of Europe has come up with a manual for young people to tackle hate speech. 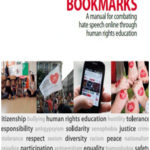 Globalisation is related to the Internet, which has limitlessly expanded the scope of people to connect and interact with each other. One can disseminate an idea across the continents while sitting in a dark cellar in a remote corner of a city. Everyone could be a public speaker and publisher. Not alone this, the Internet enables an individual to use varied forms and tools. To certain extent, it offers both anonymity (unless one pursues the trail through legal means) and impunity as laws vary from country to country.
Just as Internet is being used for knowledge, it is also being misused by many to spread misinformation, inflame hate and passion, promote divisiveness, incite violence and trigger racism, sexism, xenophobia, Islamophobia, distort history, paint certain communities in sinister colours and create sordid tales. Europe is currently the centre-stage of all such tensions. Having lived through two disastrous World Wars, it cannot afford hate speech to snowball to such proportions that its fallout cannot be controlled. Bookmarks is a manual for combating hate speech online prepared by the Council of Europe. Its target audience is youth who tend to be extremely tech-savvy and more vulnerable to hate speech and propaganda due to limited exposure to history and society.

Anonymity
The Internet is a public space and should be regulated just as any other institutions within a democracy are liable to comply with regulatory laws. Yet, online hate is more difficult to counter than offline hate due to anonymity and impunity. Most people do it by masking their identity under a pseudonym and under the misbelief that the source cannot be traced to them with ease. Though this public space has come under considerable abuse, no democratic country has thought of curbing the freedom enjoyed by the netizens. Few would like the situation to be reversed. Intolerance and hate exist in online world just as it has survived in the ‘real’ world.
Bookmarks has designed this manual as part of the ‘No Hate Speech Movement’ and with the objective of helping the youth to counter it. It envisions and develops several scenarios where issues lead to diverse narratives and become the cause of friction, tension, conflict and ultimately hate campaigns and possibly violence. The main thrust of the book is on inculcating respect for democratic values and human rights, which the authors believe would urge the youth to develop tolerance and desist from looking at issues from monochromatic glasses.

Simulating Scenarios
The manual simulates certain situations in which cultural conflicts trigger xenophobia, Islamophobia, racism and abusive behavior and intimidation of minorities. In a simulated case, it takes up, for example, an online campaign for consultation on proposal to build a new mosque in the Sleepyville village where immigrants from Muslim countries constitute 15% and there is opposition to the mosque. An online debate is created among the supporters and naysayers and views and counterarguments are heard.

Checking Abuse
Europe has been the epicentre of the current civilization, and almost all the values that permeate the modern society. It recognizes that freedom of expression is a basic element of the bulwark on which a democracy rests. This makes it arduous for authorities to strike a balance between curbing hate speech and defending human rights. But they also realize that while it is important to provide succor to victims of hate and abuse of Internet, it is also essential that they respect the right to free speech.
There are ways to self-check too. One should ask oneself: Would I say things online that I would not say in person? Will I say or write all that if I feel that I will be identified?

Online Dialogues
A lot of hate speech and many racist attitudes are driven by ignorance. People believe or are made to believe things about groups of other people they may never have met! Or, they believe things about whole communities on the basis of information about just one person! When these beliefs are discussed widely and go unchallenged, they start to be accepted as ‘fact’. For instance, it becomes easy for some to attribute all the economic miseries in a particular region to influx of immigrants or refugees. But such situations could be tackled by having an online dialogue about whether immigrants in a region a only burden or a blessing, consumers or contributors to the local economy.

Tone and Tenor
It is also essential to closely monitor the tone and tenor of hate speech. It may be in the form of mild insults, broad generalizations, extremely abusive words and threats of physical violence. Some post may say: “Immigrants have, historically, had an evil influence.” Another may be a little harsher: “Immigrants are scrounging off the state”. A third may go a step further: “Immigrants have no right to stay in the country and must be sent back.” A fourth one carries a warning: “Immigrants! Pack up. We will be upon you very soon. Then there will be no scope for you to remain alive.” It is therefore necessary that it should be challenged at all stages.
The manual is a handy guide in identification of hate speech and developing a response. It has been compiled with the situation in Europe forming the backdrop. It will be worthwhile if someone could prepare a similar manual contextualizing the situation in South Asia.