Islamic Voice 0 October, 2014 12:00 am
Muslims in Europe – Bridging the Divides
Lighting up an Unlit Corner
Slums of Patna 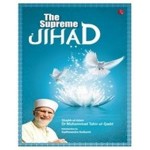