Islamic Voice 0 February, 2018 12:00 am
New Arrivals
A Brilliant Narration of Combating Terrorism at the Ideological Level
Communicating With Allah

Mirza Ismail served the people and potentates of erstwhile princely states with devotion, with a keen eye on development. 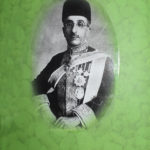 Sir Mirza M. Ismail: A Great Administrator by Prof. Sheik Ali chronicles the life and achievements of Dewan (a post equivalent to the status of chief minister), Sir Mirza Ismail of Mysore for 15 years (1926-1941).  Ismail was a descendant of Mirza Ali Asker, a merchant of Iranian descent who had settled down in Bangalore. The family became close to the ruling family of Wodeyars of Mysore and sold them fine-breed of Persian horses and carpets. The family was gifted a large tract of land by the royal family in the heart of Bangalore.
Mirza Ismail had his early education along with young prince Krishnaraja Wodeyar and seven others in a private tutorial organized as a special school within the precincts of the royal palace. Mr. P. Raghavendra Rao and Sir Stuart Fraser of the Bombay Civil Services were tutors at the school. Mirza later went on to study at the Central College in Bangalore and returned to Mysore to join as the private secretary of the Maharaja. Representing the finest traditions and traits of Indian and Persian culture, Mirza Ismail grew up in the hierarchy in the Mysore administration. Yet, it was too early for him to be appointed as the Dewan of Mysore when he was picked up by the Maharaja for the top post. The choice surprised many in the State as Mirza was a Muslim, of Iranian descent and a non-Kannadiga.

Mentoring by Sir M. V.
Mirza developed the skills of administration under British officers and mentors like Sir M. Visveswaraya, an engineer of high repute and one of his predecessors in the office of the Dewan. English education and training under able tutors enabled him to access a wide range of literatures from across the continents and absorb influences from the West. Having inherited grace and refinement from family traditions in ample measure and equipped with knowledge of modern finance, engineering, industry and economy, Mirza set about fashioning an administration oriented towards popular weal. Peace, prosperity of the people and development of the State were his core concerns. He found in Krishnaraja Wodeyar a compassionate sovereign keen to aid and bless all that he initiated in order to take the State to modernity.
Changing Times
Those were fast-changing times. India was in the midst of the nationalist struggle for freedom. The Muslim League and its leader Mohammad Ali Jinnah communalized the atmosphere by raising the banner of a separate homeland for Muslims. The royal families were being watched by the colonial masters against any deviation from their diktats. Mirza Ismail, a Muslim Dewan of a preponderantly Hindu principality, had to walk on the razor’s edge. On occasions, opponents hurled accusations of being communal, but the Maharaja and the general populace were convinced of his non-partisanship. Mirza was essentially a modernizer and single-mindedly pursued his dream of delivering civic amenities to the people of the state. He brought in reforms like the Mysore Land Record of Rights Regulation (1927), streamlined the taxation system in the State by bringing in economist N. S. Subbarao; and, opened a Reserve Fund to meet special expenditure.

Industrialisation
Mirza took forward the movement towards industrialization of the State started by Sir. M. V. and was instrumental in setting up steel, cement, porcelain, silk, sandal and oil industries, expanded the electrification network to smaller towns and villages, took irrigation canals to interiors of the Cauvery basin, and set up the Central Industrial Workshop and Government Electric Factory and cottage industries.
He established NIMHANS and Weavers Coop Society in Bangalore, appointed a Trade Commissioner in London to popularize Mysore products in Europe and provided to the pubic such amenities as electric lights, water supply, underground drainage and sewerage, clean bathing places, besides a school, a dispensary a reading room, a post office, a garden and a playground in many villages.  The profits of the State Bank of Mysore rose from Rs. 3,000 in the first year of its operation, i.e., 1913, to Rs. 5 lakh in Mirza’s times. Deposits soared from Rs. 4.5 lakh to Rs. 250 lakh. The state administration won laurels from Mahatma Gandhi.

Testing of Nerves
His nerves were tested during the Binny Mills Strike, communal riots in Sultanpet in Bangalore and disturbances caused at Dharambuddhi tank in front of the City Railway station. He dealt with them with abundant tact and care.

Turned Down
The detailed accounts of his failure in setting an automobile plant in Bangalore reflects the British policy of discouraging industries that would cut down imports. The blueprint for the plant was ready with investors keen to put in their money. India was importing cars from the United States. A car that cost Rs. 1,400 in Detroit would incur 60% additional cost on being delivered to a customer in India. But the proposal was turned down by the British Resident Todhunter who wrote back: “The scheme seemed to have little prospect of ultimate success”. Crestfallen, Mirza Ismail resigned from the post in 1941.

Dewan at Jaipur
Mirza Ismail took over the reign of Dewanship of Jaipur State in 1942.  He faced similar negative interventions from the political department of the colonial administration in Delhi. Industrialists like G. D. Birla who were patronizing Gandhiji, Goenka and Badridas were facing similar hurdles in their plans to industrialise the erstwhile Rajputana (now Rajasthan). He however outmaneuvered the British and brought in several of these tycoons to set up industries in Jaipur. Many gardens, gateways, park in the city owe their existence to Mirza’s aesthetic touch. He invited several Christian missionaries to set up schools and hospitals in the city. He was instrumental in setting up the University of Rajputana and a medical college in the state and recruited eminent faculty members from among his contacts in Mysore.
The Hindu Mahasabha accused him of demolishing temples, but he invited a delegation of their leaders and showed them the improvements done to some of the temples. The leaders were convinced and issued a statement refuting their allegations.

In Nizam’s Service
He quit the dewanship in Jaipur on being invited by the Nizam of Hyderabad in 1946. Jinnah knew Mirza Ismail’s opposition to Pakistan and tried to dissuade the Nizam. He even visited the Nizam to rescind his decision and was rebuffed. But the situation developing in Hyderabad was too hot to handle for him. The Razakars led by Qasim Rizvi were ruling the roost in the State and the Nizam was set against joining the Indian Union. Mirza Ismail had read the writings on the wall and tried his utmost to persuade him to sign the instrument of accession. But the Nizam had almost become a prisoner of the private militias of Rizvi. Mirza returned to Bangalore in May 1947 and sent in his resignation. Even till the Army Action on September 17, 1948 he constantly tried to negotiate a settlement between Delhi and the Nizam. But nothing worked and the Indian Army moved into the State.
The author has very ably captured the ongoings in Hyderabad and etched to relief the nationalist side of Mirza’s persona. An enlightened individual, Mirza Ismail was among a rare breed of administrators who pursued the dictates of his conscience and development vision with complete integrity. He epitomized the secular vision that leaders of the struggle for nation’s independence were imbued with, even while keeping himself aligned to the potentate he was employed to serve. The author has successfully sketched his struggles with the times and forces shaping the destiny of India in the early half of the 20th century.
A plethora of typos does leave a bad taste for the readers. But overall, the book is highly readable.