Islamic Voice 0 December, 2014 12:00 am
Flew’s Journey from Hardened Atheism to Belief in God, is Truly Amazing
Atheism’s Depressing Worldview
Making the World Happier  One Good Deed At A Time! 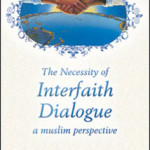