Islamic Voice 0 May, 2017 12:00 am
The Sounds of the Silence
Making the World Happier  One Good Deed At A Time!
A New Book on the Sociology of Islam Released

The book under review is a run-of-the-mill work which, with a few exceptions, repeats all that has been said earlier by a host of similar publications. 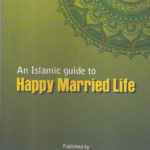 Almost every ‘Islamic’ publication considers it a duty to bring out a book on interest (which is generally taken to be an equivalent of Quranic term riba), consumption of intoxicants, purdah (or hijab), and such other issues where interpretations of Islamic teachings are at variance with the concepts that go into the making of the modern civilization. The book under review is a similar run-of-the-mill work which, with a few exceptions, repeats all that has been said earlier by a host of similar publications. No deeper thought has been spared, nor effort undertaken to collect data from the fast urbanizing life or to carry out field investigation in slums inhabited by Muslims and to reflect on the bewildering variety of issues that makes today’s life distinct from that of the past.

Ethical Underpinnings
It is fairly well known as to what fundamental principles provide the underpinnings for a married life in Islam. There are legions of books available on marriage, divorce, mahr, consent, proposition by wali (custodian), the rights and duties of husband and wife towards each other, nikah and its documentation, khulaa, custody, access and maintenance of children if the marriage breaks down, and so on. Almost every single jamaat has produced its own version of Bihishti Zewar during the last 150 years. And so, one more of the same genre does not contribute to the scholarship on the subject.

No Interpretation
Quoting from the sacred text is one thing, and interpreting issues making or marring today’s social life of Muslims is totally another. The book totally fails on the latter front as it does not provide any substantial insight as to why marriages fail, divorces soar and kids rendered destitute. All that it does is to quote verses from the Holy Quran and from the Hadith pertaining to the earliest era of Islam in Arabia. The Holy Prophet was not merely a preacher or educator, but a mentor. He acted as per the situation that existed in his immediate environs. It is, therefore, more imperative for us to draw out the principles on which he raised a society of people based on equality, justice and piety.
The book has been jointly authored by seven authors belonging to ‘Marriage Advisor Council’ (sic). The authors are right when they say that consent of the girl in matters of a matrimonial alliance should not be taken for granted and that it should be secured definitively. They have cursorily touched on marriages coming under strain due to long separation of husbands working overseas and unreasonable demands made by wives who feel material comforts to be the be-all-and-end-all of life.
Desertions, Not Divorces
But beyond these positive attributes, the book fails to probe the complexities of modern life in an India where a Muslim has to live a life in a plural society, where resources are scarce, livelihood concerns are supreme and many Muslim males behave irresponsibly when it comes to sustaining the women they have married and the kids they have sired. It is useful to be reminded that the Muslim social scene is marred by more desertions (of wives) than by divorces. Desertions render the situation of women and children more miserable than divorce. There does not exist any mechanism whereby an indisciplined Muslim male could be made to behave responsibly towards his wife and children. A salaried worker in an organized sector could be made to part with a portion of his salary to a divorcee or his income-yielding assets could be attached by a court of law in the event of a divorce or separation. But how can an auto driver, a pavement vendor or a slum dweller (which is what most Muslim men in the underprivileged class are) be similarly disciplined? Likewise, there are instances of women being divorced (with rapid-fire three utterances of talaq) for non-fulfillment of dowry demands. As is evident, a Muslim male takes advantage of both the conventional practice of three utterances of divorce and the Indian custom of dowry. There are also instances of Sharia panchayats insisting upon husband’s consent for granting khulaa to a Muslim wife who is keen to come out of a practically broken down marriage. No purpose will be served by stating what has been said for centuries. The socio-economic and legal issues are entwined together and one would need separating the threads and see the problem.

Insightful Flashes
However there are a few insightful flashes in the book. The conversion to Islam for marriage comes in for criticism as the authors see growing numbers to be more a bane than boon. Similarly, they feel wives should not be under the obligation of looking after the parents of husbands. Respecting a wife’s desire to stay away from in-laws also finds approval.