The book, My Faith and Others, underscores the fact that religious pluralism can be a positive value. 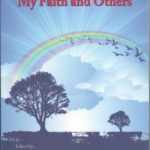 One of the great things of living in a country that is home to many different religions, such as India, are the wonderful opportunities to learn and grow, that religious pluralism provides. The book, My Faith and Others, underscores the fact that religious pluralism can be a positive value. It is a collection of personal reflections on the subject by 15 men and women from different walks of life, from different faith backgrounds, and from different parts of India. Most of the contributors are ‘lay’ people, only a few being theologians or academically-trained scholars in religious studies. This sets the book apart from many other writings on interfaith relations, which are mainly the work of religious ‘specialists’.

Ethics of Harmonious Co-Existence
Celebrating the goodness in cultures and faith traditions other than the one they identify with, the contributors to this volume discuss the ethics of harmonious coexistence in a multi-religious society, something that is of global importance today, particularly in the context of endemic violence in the name of religion in many parts of the world.
In her essay, Tulsi Badrinath reflects on the Advaitic way of relating to the world”seeing everything as part of One Reality. “There is no ‘other’, each of us is part of the all-pervading Consciousness that is the universe”, she writes. “Within this vastness, each of us is free to find the path that will allow us to go beyond the limitations of the body and the senses, imposed by name and form, to be one with the One.” This understanding can easily accommodate religious diversity and enhance all faiths within an overall unity.
Stressing the need to counter extremism in the name of religion, Beatrix D’Souza underscores the need for interfaith dialogue beyond intellectual exchange and relating it with the real world of “the marketplace of social interaction”. One fruitful way to promote interfaith understanding, she suggests, is forming small groups of people from different religious backgrounds, who begin by getting to know each other personally, meeting in each other’s homes. They can celebrate festivals together and understand their significance, come together to read from different scriptures, make documentaries on places where people from different communities worship together, and engage in activities to promote public awareness of the need for inter-communal harmony.

Help People Grow in Faith
In his article, Anwar Syed reminisces about growing up in a Muslim family in Tamil Nadu, where he was exposed to Hindu and Christian influences. He speaks of how a Christian brother helped him grow in his faith in Islam after his disenchantment with Muslim clerics. As Syed’s case shows, interaction with people of other faiths can often help people grow in the faith they identify with. From such interaction, one can begin to view one’s own faith in a different, more evolved, perspective.
Sheeba Sayeed was born in a Muslim family and went on to study yoga and teach it in Qatar. Reflecting her exposure to different faith traditions, she points out that most religions teach the same ethical principles. It is these, she opines, that we should focus on, rather than obsessing and quarrelling about dogmas, rules and regulations that appear to distinguish and divide religions from each other.
“To be in dialogue with others is the best way to live in harmony on earth”, writes Jesuit scholar Anand Amaladass in his essay. To address the manifold problems of humankind, including issues related to peace, economic welfare and ecological sustainability, he says, it is imperative for people from different faith communities to work together. Such dialogue is also essential for one’s spiritual growth. “It is also the realization of many that no one culture and no one religion has the monopoly over truth”, he says.
All religions are unique, and so while there is need to appreciate and promote the commonalities between the religions, one needs to be aware that none can be reduced to one, Amaladoss opines. He speaks of a “perennial true religion” which, he says, underlies all religions”what he calls “a true religious force which is alive in the hearts of all religions in various forms.” All “authentic religions”, he believes, “are on the way to the only true religion”, realizing in various degrees its essence. This inclusivist approach leads Amaladass to stress the need for what he calls “mutual fecundation”, for people of different faiths to learn and benefit from the spiritual insights of others. Such interaction, he indicates, can help people develop self-awareness. It also offers them, he says, “the challenge to look at one’s own position or faith claims in a critical way.” Hence, he points out, “knowing another religion or another culture is a normal way of growing further”.

Learn from the Other
This, what Amaladass terms ‘interculturality’, is, he says, inevitable and indispensable in our closely interlinked world, and is also mutually enriching (since, he says, “none of us is self-sufficient”, and this awareness has “a corrective, complementing and even purifying role”). In this regard, Amaladass raises a very pertinent point: “Perhaps”, he muses, “it would be helpful for all of us to ask what one could learn from the other, instead of asking what one could teach the other.”
These, and several other contributions included in the volume, point out both to the possibility and the urgent necessity of interfaith understanding and peaceful coexistence. As can be expected for a book of this sort, the essays are of varying quality in terms of content, language and style, and could have done with more careful editing. Yet, this book is definitely a valuable contribution to our awareness of a subject of immense practical significance.