Islamic Voice 0 December, 2017 12:00 am
A Brilliant Narration of Combating Terrorism at the Ideological Level
Dialogue between Muslims and the West An Urgent Necessity
A Jesuit Among Sufis

In his new book, Helminksi writes ‘”¦if we recall the example and the teaching of Prophet Muhammad, we will, I think, conclude that Islam was originally holistic.’ 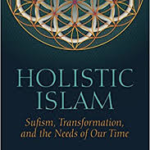 USA-based KabirHelminski is associated with the Mevlevi Sufi order that traces its links to the Order’s founder, the well-known Sufi and poet, HazratMaulana (Mevlana) Jalaluddin Rumi. Helminksi is a translator of works of Rumi and others, co-director of The Threshold Society (Sufism.org) and director/founder of the Baraka Institute (barakainstitute.org). He is an inspiring voice in the world of contemporary Sufism.

In this book, Helminksi highlights a ‘holistic’ understanding of Islam. It is an understanding that he regards as truly reflecting the life and teachings of Prophet Muhammad and is onethat he considers as of contemporary relevance. Helminksi writes ‘”¦if we recall the example and the teaching of Prophet Muhammad, we will, I think, conclude that Islam was originally holistic. Islam as a way of life incorporates cleanliness, wholesome diet, physical exercise in worship, positive relationships, patience in adversity, generosity, altruism and much more.’ This understanding of Islam is in complete contrast to one that is mired in dogmatism and ritualism and ruled by force and fear. In this regard, Helminksi rightly points out that ‘if the original message is reduced to a mere set of rituals and rules enforced primarily through fear, with attention focused on how others are following the rules and prescriptions, the heart will be severely constricted.’

Today, inter-community relations, including relations between Muslims and others, are an issue of immense relevance. Humanity’s interconnectedness requires that people who (claim to) follow different faiths learn to live in harmony with each other despite their religious differences. In this regard, the rich Sufi tradition, of which Helminksi is part of, has important lessons for us. For Muslims to live their faith in its true spirit, it is important to get along well with people of other faiths. Helminksi writes that ‘respect for humanity as a whole is enjoined upon Muslims’ and insists that ‘if an interpretation of Islam becomes a rationale for isolating one portion of humanity, so that they look upon the rest of humanity as “other,” that interpretation is betraying the fundamental spiritual values.’ ‘To perpetuate a suspicious and judgmental attitude towards so-called “nonbelievers” is also a betrayal of the fundamental principles of mercy and compassion that are the absolute foundation of the divine message’, he explains. A holistic understanding of Islam would, Helminksi seems to suggest, be one that is deeply committed to building bridges between Muslims and others, based on common values.

Love (for God and for all creatures) has a central place in the Sufi understanding of Islam, and this is reflected in the notion of a holistic understanding of Islam that this book seeks to articulate. Helminksi sees this understanding as also, as he puts it, ‘a corrective to suggest an organic wholeness that is obscured when we focus primarily on outer observances, formulations of belief, and doctrine.’ Helminski sees this understanding of Islam as ‘transformative, a pathway leading from a limited egoic consciousness distorted by bias and contradictory desires, toward higher states of awareness and realization (ma’rifah) and unconditional love (rahmah)’, which he contrasts with ‘dogmatic, prescriptive religion’, which he regards as ‘one-dimensional and missing the very essence of the original revelation and the prophetic example.’ Instead of a system of legal prescription, holistic Islam is ‘a path of spiritual perception’. ‘Instead of a religion of fear, it is a religion of Love’ Helminksi writes. ‘It is a school of love, rooted in the Prophet Muhammad’s beautiful character, flexibility, patience, and kindness’, he says. ‘In this school of love, awareness is awakened, attention is trained, the heart is purified, and the purpose of Islam is realized.’

Helminksi believes that a holistic understanding of Islam is ‘fully capable of offering a spirituality adequate to the times’, a spirituality that is ‘moral without being puritanical, that is rigorous without being rigid, that is beautiful without being ostentatious, that can heal a wounded humanity and contribute to the elevation of civilization and culture.’ ‘This is what we mean by holistic Islam’, he says.

As is the case with every other book, not everyone will agree with everything that this book says. Still, it definitely contains invaluable spiritual wisdom.