Understanding Synergy Between Religion and Science 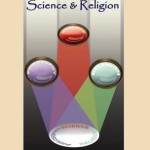