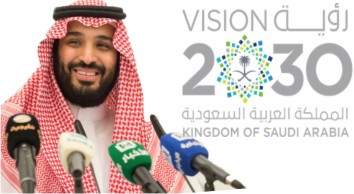 RIYADH: Saudi Arabia’s Crown Prince Mohammed bin Salman said that the Saudi economy is expected to get SR27 trillion in government spending and investments by 2030 as the Kingdom plans to be among the top 15 global economies.

The Kingdom will invest more than SR12 trillion ($3.2 trillion) by 2030 to spur local economic growth. The economy will receive SR10 trillion through government spending over the next 10 years and a further SR5 trillion from private consumption spending in the same future period.

This represents a total injection of SR27 trillion ($7 trillion) by 2030, he added in a statement carried by Saudi Press Agency.

The funds are part of the National Investment Strategy (NIS), a key enabler to achieve the goals of Vision 2030, he added. The statement said that the NIS would target key sectors such as manufacturing, renewable energy, transport and logistics, tourism, digital infrastructure, and health care.

Another goal of the strategy is positioning Saudi Arabia among the top ten economies on the Global Competitiveness Index by 2030, the Crown Prince said.

The Crown Prince highlighted that out of the SR12 trillion; the Shareek program initiatives will inject SR5 trillion. The Public Investment Fund is set to contribute SR3 trillion, and the remaining SR4 trillion will come from investments facilitated by the NIS.

The strategy will contribute to the growth and diversification of the Kingdom’s economy, which, in turn, will achieve many of Vision 2030’s goals.