A Kerala community phases out thatched houses from the locality by organizing collection and allocation of zakath in a centralized manner. 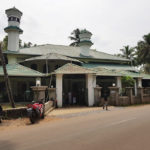 Zakath is the third pillar of Islam and has been mentioned 32 times in the Holy Quran,26 of which are paired with salah (namaz). If the Muslim community organizes namaz, builds mosques, appoints personnel to carry out the necessary functions and looks after its maintenance, why not zakath too should be interpreted as a collective duty that the community needs to discharge in an organized manner.
Charity is mostly carried out in three ways: 1- by handing over cash or kind by a giver to a needy individual, 2- by organizing its collection and distribution, and 3- integrating it with financial system of the nation and meeting the social needs through an elaborate system of planning.
The system of one-to-one exchange is fraught with risks as it creates perpetual dependency as the society does not come to know who pays and who receives what and how much. Organised collection and distribution is conducted by Islamic organizations and on mohalla (mohallu in Malayalam) level in Kerala. This seems to be a better alternative as it can assess the social needs and allocate the resources in due measure. As for the third type, it is practiced in several Muslim countries and is debatable if the same could be adopted in secular countries like India where the Government is committed to inclusive development.
Social activist O. K. Faris carried out a micro-study of zakath collection and distribution in Prakkadavu locality of Calicut city where Mahallu Committee has been organizing and allocating zakat in an organized manner for the last 20 years. The locality has 330 houses and the committee heading it has 17 members who look after the social facilities and civic amenities.

Honest Collection
Faris’ study says that by 2008, due to honest collection and collective allocation of the funds collected, the Mohalla committee was able to ensure that all members lived in only pucca houses and thatched houses were phased out. As of now, all houses have concrete moulded roofs except for one tiled house. The members who supervised the collection of zakat, had taken upon themselves to see that all inhabitants had pucca houses, the poor were paid zakath amount to repair and restore their dwellings, all youth were sent to schools for education and skills and medical needs were attended to. Closely knit with each other, the committee members also allocated amounts for medical needs and saw to it that elderly persons with no one to care for them, were provided some amount by way of pensions.

No Coercive Methods
The study estimates that the mohalla residents contributed only 25% of their zakath to the committee and spent the rest of the amount on commitments within the family. Nearly half the amount collected came during Ramazan and remaining in other months. The committee appeals to the residents to seek remedy of their woes within the mohalla itself and not to go out and seek help from outside. No coercive methods were used to collect zakath and all members paid their share at their own volition.
During 2016-17, the Prakkadavu collected Rs. 15,20,000 by way of zakath from the mohalla inhabitants. Of this Rs. 9.60 lakh were given to two individuals for construction of their houses. Rs. 1.65 lakh were allocated for two other individuals whose houses were in a state of disrepair and needed immediate restorative work. Another Rs. 1.73 were spent for providing scholarships. Medical assistance for five persons claimed Rs. 1.17 lakh while the committee provided monthly pension for 10 persons to the tune of Rs. 54,000. The committee was still left with some money in its account.
Faris says the zakath collection was high when the committee members were active and decreased if they became inactive. The committee did not incur any expenditure on collection or distribution. Those who went out to collect the zakath, did the work voluntarily.
The study suggests that of the eight heads under which the zakath should be disbursed, there are three that are rarely taken care of. These are freeing slaves, Ibnu sabeel and zakath employees. Faris suggests that the head of freeing slaves could be reinterpreted to include those under debts or in prison for no fault or crime of theirs such as people detained under draconian laws. Similarly, the eminent Islamic scholar Yusuf al-Qarzawi suggests that zakath amount could be given to students as interest-free loans which could be returned after the students get employed.