90 years have passed since Bhagat Singh left the world. May his concern for social justice and communal harmony and his universal vision and humane approach continue to inspire people who dream of a better, happier, more just and humane world.

Bhagat Singh was acutely conscious of the divisiveness of mixing religion with politics. 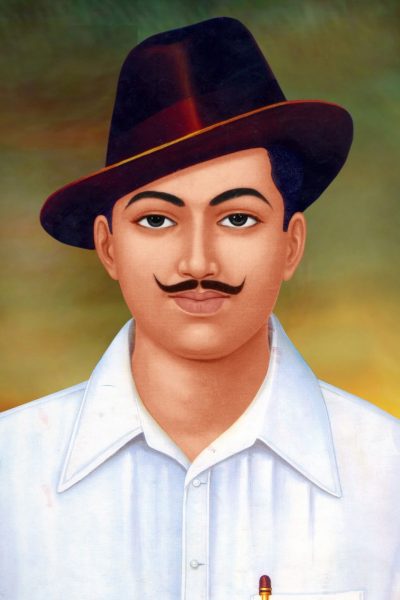 The life of great men and women have a lasting message for generations that follow after them. On some issues our thinking may be different from theirs that is obvious, because each person is unique and has their own way of looking at, and thinking about, the world. At the same time, though, we can appreciate and benefit from the goodness in their life’s message.

One such great person was Bhagat Singh, who played a key role in India’s movement for independence from British rule. In order to make the new generation aware of this great man, I would like to pay him tribute on his 90th death anniversary.  Bhagat Singh went to the gallows, along with two of his comrades, Sukhdev and Rajguru, on March 23, 1931. He was hanged by the British colonial regime when he was not even 24.

In this essay, I would like to highlight certain aspects of Bhagat Singh’s life that are of continuing relevance in today’s world. I would like to commemorate, in particular, his concern for the socially and economically marginalized, his advocacy of rational and humanist thinking and his commitment to communal harmony. These are issues that remain of particular concern across the globe today.

Born in Punjab, in 1907, Bhagat Singh belonged to a family of freedom fighters.  His father Kishan Singh was involved with the freedom struggle at different levels all his life. Bhagat Singh was born and brought up in a family that stood for rational and humanitarian values.

This indicates the importance of good parenting for nurturing a child who can grow up to contribute and be of value to the wider society.

Bhagat Singh was a widely-read person, and deeply concerned about the conditions of society, especially the plight of the poor, being a firm advocate of social justice. Thus, intellectual maturity and social concern were among his prominent features. This is something really precious that young people today can learn from they need to develop intellectually and at the same time grow in terms of empathy for others. Our intellectual or academic pursuits should not be for our sake alone, for promoting our career prospects, as indeed often happens. Our intellectual development should help us become more oriented towards helping and serving others too. It should help us move forward, from ‘me’ to ‘we’, to a universal vision.

Bhagat Singh was barely 17 when he published his first article, in 1924, in Matwala, a magazine from Calcutta.

The subject was ‘Universal Brotherhood’. He imagined a world where “all of us being one and none is the other. It will really be a comforting time when the world will have no strangers.”

To think such advanced thoughts at such a young age was truly remarkable! This one instance can be a great inspiration for young people today—to think of, and work for, the greater social good, to aspire to contribute to making the world a better, more just, peaceful and harmonious place.

Of course that change must start with oneself. Inner transformation is a must.

We as individuals need to be transformed into more kind, compassionate and socially-concerned people, reaching out to serve all needy people, irrespective of caste and creed. Only if we are ourselves transformed within can we possibly become a means to help bring about social transformation in a positive direction.

Today, in large parts of the world, identity politics in the name of religion and the politicization of religion are playing havoc with the lives of people. Religious identity is being employed to divide people and foment hate and conflict. What is called ‘communalism’ is truly a major challenge to religiously plural societies. In this context, the question arises of how people from different religious backgrounds can live together amicably in a plural society. Also, what can be done to prevent the politicization of religion and identity politics in the name of religion?  These are issues of global concern today. Here, too, Bhagat Singh has some important things to teach us.

Bhagat Singh was acutely conscious of the divisiveness of mixing religion with politics. In 1928, he wrote, “If religion is separated from politics, then all of us can jointly initiate political activities, even though in matters of religion we might have many differences with each other. We feel that the true well-wishers of India would follow these principles […]”

But not many cared to listen to this voice of sanity then. And even now, many people continue to peddle religion to promote what they conceive of as their political prospects, with devastating consequences.

Bhagat Singh had some important things to say about religion. He was an atheist, but even those who do believe in God and religion can benefit from some of his views on the subject. For those who are pained at the ways in which religion has been used to promote dehumanization, superstition and exploitation, some of Bhagat Singh’s insights on the issue are very insightful. For instance, he observed: “Our retrogressive thinking is destroying us. We keep ourselves entangled in futile discussions about God and heaven, and remain busy in talking about the soul and God. We are quick to dub Europe as capitalist and don’t think about their great ideas or pay any attention to them. We love divinity and remain aloof from the world.”

Bhagat Singh made a strong critique of untouchability and communalism. The decade of the 1920s saw a rise in communal politics in large parts of India. However, Bhagat Singh steadfastly remained committed to the idea of a plural and inclusive India. The manifesto of the Naujawan Bharat Sabha that he founded said, “Religious superstitions and bigotry are a great hindrance in our progress. They have proved an obstacle in our way and we must do away with them.”

Bhagat Singh was acutely conscious of the divisiveness of mixing religion with politics. Being fully and consciously secular, he understood, more clearly than many of his contemporaries, the danger that communalism posed to the country and the movement for independence.  He often told his audience that communalism was as big an enemy as colonialism. Significantly, two of the six rules of the Naujawan Bharat Sabha, drafted by Bhagat Singh, were: ‘To have nothing to do with communal bodies or other parties which disseminate communal ideas’ and ‘to create the spirit of general toleration among the public considering religion as a matter of personal belief of man and to act upon the same fully.’90 years have passed since Bhagat Singh left the world, at a very young age. Today, many of the things that he stood for remain as relevant as they were in his time. May his concern for social justice and communal harmony and his universal vision and humane approach continue to inspire people who dream of a better, happier, more just and humane world.