Look around for JNVs around your place, pick up meritorious children from the Govt. Schools and prepare them for Entrance in these excellent schools. 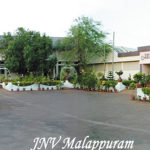 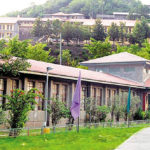 Jawahar Navodaya Vidayalayas are a string of schools run by an autonomous organization under the Ministry of Human Resources Development. Every district in India has one such school where high standard of coaching is provided to students in Hindi and English medium till 8th standard and through English medium for 9th and 10th standard. There are currently 598 Jawahar Navdaya Vidyalas across the country where 1.5 lakh students are receiving education. These schools provide residential facilities from 6th standard onwards. Coaching, uniform, stay and food are provided free of cost. The admission is done through open entrance test which is conducted in 21 different languages including Urdu.
Fee is charged at the rate of Rs. 200 a month from 9th to 12th standard. However, girls and students belonging to SC, ST and those belonging to BPL families are exempt from this fees which also includes the students suffering from some disability.
All JNV students must stay at the hostel. At the Plus Two level, these schools provide education in all three major disciplines i.e., Arts, Science, and Commerce together with computer learning. As per the norms, every district is supposed to have one Jawahar Navovidayalaya. So far, Assam has 28 such schools, Bihar 39, Jharkhand 24, Delhi 52, Uttar Pradesh 71, West Bengal 18, Maharashtra 33, Karnataka 28, Jammu and Kashmir 18, Andhra Pradesh 14 and Rajasthan 34.
In order to seek admissions into these schools, a student should have studied till 3rd, 4th or 5th standard in either Government schools or a Government-aided school.
Objective: JNVs are meant to provide opportunity for high quality education to underprivileged classes. Muslims should have benefitted from these schools. But lack of awareness has not allowed them to benefit from them in due measure. The Muslim students who seek admissions into these schools, are very few. Very few Muslims could be found in these schools. The representation of Muslim girls is still lesser. A survey of JNVs in Patna region reveals that only 3.8% of the students were Muslims. Even at the registration stage, the representation of Muslim students was only 4% , while among those who appeared for the test and interview, the percentage was 4%.
These schools provide all essentials of stationery, facilities for games and sports, exercise, entertainment and outings. There are separate hostels for girls and boys.
The applications for participation in the selection tests for the forthcoming session should be filled by September 30. The application forms can be obtained from Block Education Officer, District Education Officer, branches of Sarva Shiksha Abhiyan or JNVs. The details of the JNVs can be found on www.navodaya.nic.in.
The filled-up applications have to be signed by the Headmaster of the Government School where the student is studying and have to be submitted to the BEO or DEO. The results of the selection will be announced on May 17, 2017.
The students are eligible for admission into the JNV of the district in which they reside. The age of the student should be between 9 and 13. There is a rural quota for students studying in Government or Govt-aided schools in rural area. Those eligible for admission under rural quota should have studied their 5th, 6th and 7th standard in a rural school.
The Entrance Test consists of 100 marks. Of this 60% marks are assigned for objective type questions. Questions from Mathematics carry 20 marks, while another 20 marks are for language. The medium for test would be the one in which the student has studied the 5th standard class.
Muslim representation in JNVs is pathetically low. Muslims must come out of their slumber, find out the JNVs around their place and prepare students from the Govt or Govt-aided schools for the entrance test and get them admitted there.