Islamic Voice 0 November, 2013 12:00 am
How A Cat Taught Us The Power of Dua
Forget Our Own Hunger
Maulana Abul Kalam Azad 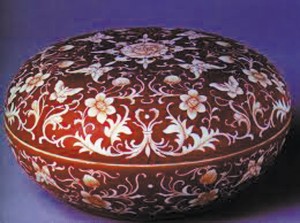 Chinese are very innovative people. Several discoveries were made by them even before countries in the West could come to know of them.
The most famous of then is porcelain which is also known as China. This is made from China clay. Very fine forms of pottery is made out of it. The Europeans came to know of the Chinese secret only around 1700 AD.
Another secret that Chinese guarded very jealously is Silk. It is said a princess stood beneath a mulberry tree and a silk cocoon fell into the cup of tea she was carrying. The hot tea softened the cocoon and the princess was able to draw out a fine thread of silk from it. The Chinese knew how to make silk even 4,000 years ago. Silk was earlier used for writing. But Tsai Lun (in 105 AD) finding the silk very expensive, invented paper. It is even said Chinese had invented printing press in 770 AD, nearly about seven hundred year before it was developed by Gutenberg in Germany.
Even magnetic compass was invented by the Chinese. They invented the gunpowder too in 800 AD. It were Chinese again who invented the tea about 1500 years ago. Tea drinking caught on in the West in around 17th century.