Islamic Voice 0 February, 2016 12:00 am
The Languages Spoken in Most countries
Measuring  an Earthquake
Election for the 16th Lok Sabha 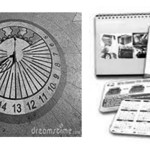 The first Hijrah millennium i.e., 1000 AH ran from Oct. 9 1591 to Sept. 27, 1592 during emperor Akbar’s era. Taking advantage of the turn of the Hijrah millennium, Akbar introduced his own calendar termed Tarikh e Ilahi. But it could not gain popularity.
Hindu astronomers have been the most accurate calculators of the tenure of the solar year. Sixth century Indian mathematician Varahamitra gave 365.24 days to a complete orbit of the earth around the sun. This was the truest measure of the year which was closer enough of the actual length of the year. It was several centuries later that the Gregorian Calendar synchronized itself by inducting an additional day in February to make a leap year.
Vikram Samvat (with a zero point in 57 BC) originated in Ujjain. Even today Ujjain’s location is used to fix the anchor point of the Indian clock.
San calendar of Bengalis is attuned to commemorating Prophet Muhammad ‘s journey from Mecca to Medina. It is a legacy of integrative effort initiated by Emperor Akbar.
It was in 1884 that the meridian through Greenwich was given the status of being the prime meridian for all actions. Britain’s dominant standing in the world affairs played an important part. Similarly, the International Date Line was demarcated east of Japan in the Pacific Ocean where not much human inhabited islands existed.
(Source: Information extracted from Amartya Sen’s latest book titled The country of the First Boys)